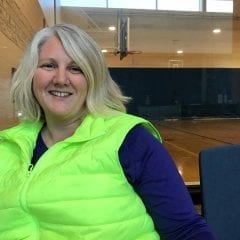 Amy Hessel grew up in an athletic family where the fires of sport, camaraderie and competition forged lifelong bonds, and she still helps create those relationships as the character development coordinator for the Muscatine YMCA. The oldest of four children born and raised in Waukon, Iowa, her father was an avid athlete and his children followed in his stead, including Amy, who played four sports in high school. “It was instilled in us that sports was important, and it really was to me, it’s what helped me get through high school,” Hessel said. “Which is why it’s so important to me to... Read More