BREAKING: Rock Island Will Not Be Selling Off Its Water And Sewer Services 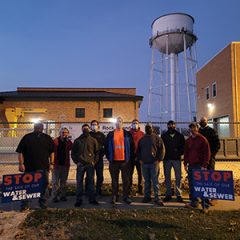 OPINION: Rock Island Should NOT Sell Its Water And Sewer, And Its Leadership Needs To Stop Entertaining It

UPDATED: After a lengthy question and answer session with American Water, I still think Rock Island selling its water and sewer would be a horrible idea, and I think the Rock Island mayor and city council needs to stop being disingenuous about stringing the idea along and put it aside. After I’d previously written on the subject, I was happy to hear from Karen Cotton, Senior Manager, External Communications, for Illinois American Water. I understand it takes a good amount of courage and initiative to contact someone who has expressed a contrary idea, particularly one going against a goal... Read More

EXCLUSIVE: Should Rock Island Sell Its Water? An Uncut, Uncensored Q and A With American Water

EXCLUSIVE: There’s been a wellspring of controversy over the past few months as the Rock Island Mayor and City Council have contemplated selling the city’s water and sewer systems to a private company, American Water. On July 26, American Water gave a presentation to the city government officials pitching them the potential sale. After that, the council and mayor had their regularly scheduled meeting, at which there was a full house of local residents protesting against the sale, not just to American Water, but to any private company. In addition, the American Federation of State, County... Read More 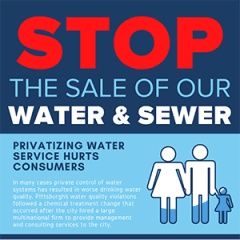 We live in a divided world, in a community parceled by city borders and intersected by a river, but there’s one thing I think we can all agree upon. We all pretty much hate Mediacom. The absurdly high rates, the service outages, and the fact that most of us have little to no choice but to pay for them churns up a particularly virulent disgust towards the company. But, again, we have no choice, because they’re basically a monopoly, and until another viable alternative arrives, we’re pretty much screwed in dealing with them. That’s especially annoying because they’re... Read More