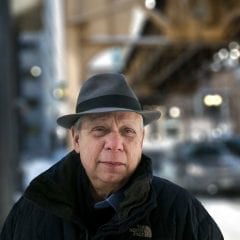 Howard Wolinsky is a veteran Chicago medical reporter, and he’s spent the past 40 years tracking the tale of a lifetime. His new book, “Contain and Eliminate,” tells the stunning, sprawling true story of how chiropractors – with the help of a Clinton, Iowa native and prominent Chicago patent attorney – took on the powerful American Medical Association (AMA), and triumphed in court. The father of the attorney, George McAndrews, was a chiropractor in Clinton who the local MDs called a quack. George never forgot that, and his brother, Jerry McAndrews, was the former head of Palmer College... Read More