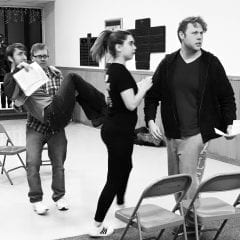 Countryside is stepping into a new show May 10 — “39 Steps.” Based on the 1935 movie by Alfred Hitchcock, the frenetic comedy The 39 Steps will be the first spring play Countryside Community Theatre will have ever produced. Countryside’s mission to produce live entertainment year round kicked off this past holiday season with Tapscott and White’s A Christmas Carol. “We were overwhelmed by the support of this new mission,” Board President Lonnie Behnke said. “We have long history in the Quad Cities and we are thrilled to be moving forward and... Read More 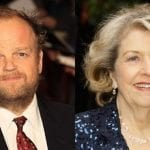 NOTE: Nationally known film critic Connie Corcoran Wilson is providing coverage of this year’s Chicago International Film Festival for QuadCities.com. Kaleidoscope is a taut, psychological thriller that explores the inescapability of a destructive relationship between a middle-aged man and his mother. At the heart of this modern-day “Psycho” are some unsettling questions:  Can we ever escape the role in which we are cast by early circumstances? Is a perpetrator first a victim? The film starred Toby Jones, the well-known actor who portrayed Truman Capote and, more recently, portrayed the... Read More