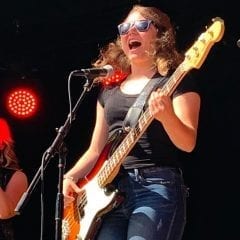 What a difference a year makes… On June 11, 2019, I was lucky enough to be among the 11,000 or so packed into Moline’s TaxSlayer Center (11th row center on the floor) to witness the first (and possibly last) performance of Sir Paul McCartney and his band in the Quad-Cities. It was an electrifying, unforgettable night – not least of which was due to the jaw-dropping lighting and multimedia displays, including a breathtaking pyrotechnic extravaganza during “Live and Let Die.” Part of what made it so thrilling was simply being in “the room where it happened,” celebrating a musical legend... Read More