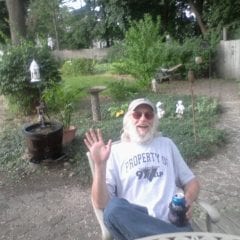 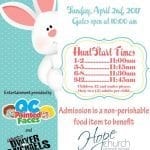 Easter is just around the corner and it’s time to kick off the Easter Egg Hunts! Dahl Ford in Davenport will be hosting their 5th Annual Easter Egg Hunt and Food Drive on Sunday, April 2. The hunt will take place in the parking lot of Dahl Ford, located at 1310 E Kimberly Rd Davenport. Admission is a non-perishable food item to be donated to Hope Church Food Pantry in LeClaire, IA. Gates open at 10am, and the Easter Egg Hunts will start at 11am. There are four waves of hunts specifically designed for the age groups they represent. The first wave will be for 1-2 years old at 11am. Then 3-5 years... Read More

Everyone is up in arms about the outcome of last Friday’s 97X-Posure Battle of the Bands, held at Rascal’s in Moline, IL, but the majority of the loudest opinions falling on opposite sides of one another are debating the wrong point. Which is better: dogs or cats? Mustang or Corvette? Have your answer in mind? Great. Now ask yourself why you’re even thinking about this right now because you should have stopped two sentences ago. These questions are fundamentally flawed. Yet, it seems to be the way most people are talking in the wake of the 97X-Posure Battle of the Bands, the final round of... Read More