Chug Chug Over To Whistlestop Café for Java and History

Hello and welcome to the Java Journey!

We all love a great cup of coffee or a coffee-related beverage, and we’re blessed to have many great java joints here in our Quad-Cities!

I was definitely thrilled when I was assigned by QuadCities.com to make a trek through area java haunts and write about them, and I hope you’ll likewise be thrilled to read about my treks through all of these great places!

So let’s get started!

Our next stop on the Java Journey… Milan.

The coffee shop was opened in 2004 November 1 after bouncing around 17 to 20 possible names for this little place .

Steve tells me his daughter , then only seven years old asked him one day “Daddy why does the train whistle blow when the train stops ?”

Well that was all Steve needed thus Whistle Stop was born. 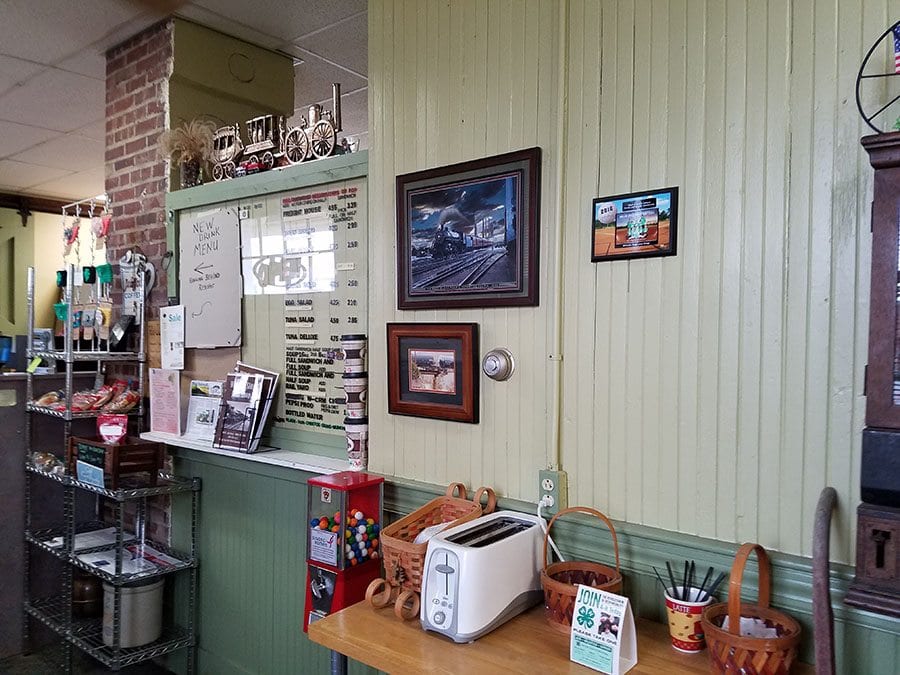 So, I asked him the two top requested coffees. He mentioned the Snickerdoodle latte (not fattening at all) and the “derailler” 4 shots of espresso half and half and two secret ingredients ..very hush-hush.

I’ll never tell ,” Steve tells me proudly yet with a hint of sarcasm.

A very popular little cafe much of whose traffic its regulars, come from the bank, local businesses and just people driving through the town.

The cafe can be rented out for meetings and parties. They’ve had a wedding reception, birthday, although they do tend to steer clear from political based events.

Independent & consistent are some of the things that set it apart from other coffee shops .

The Pride from making their own beverages Fresh Sandwiches and soups everyday.

At one time Steve had thoughts of expanding but realized he and his customers were very content in the village of Milan.

“Profits disappointingly have declined somewhat over the years,” he says, yet Steve is pleased that “it’s a good business loyal followers that are good people.”

I was giving a little of the history  of this small yet sweet Cafe, in fact I want to go back and hear more.  I’ll share that with you at a later date, but for now here are a few tidbits:

In 1901 it had been a freight house The Rock Island lines — yeah Rock Island!

Merchants would buy and sell goods. A lady once bought her first bicycle there many, many, many years ago.

A young couple had met there, fell in love were married and lived a very happy life in the town.

You look around and see and feel some of that old Freight House feeling, like being taken back to the early days of those Rock Island lines. 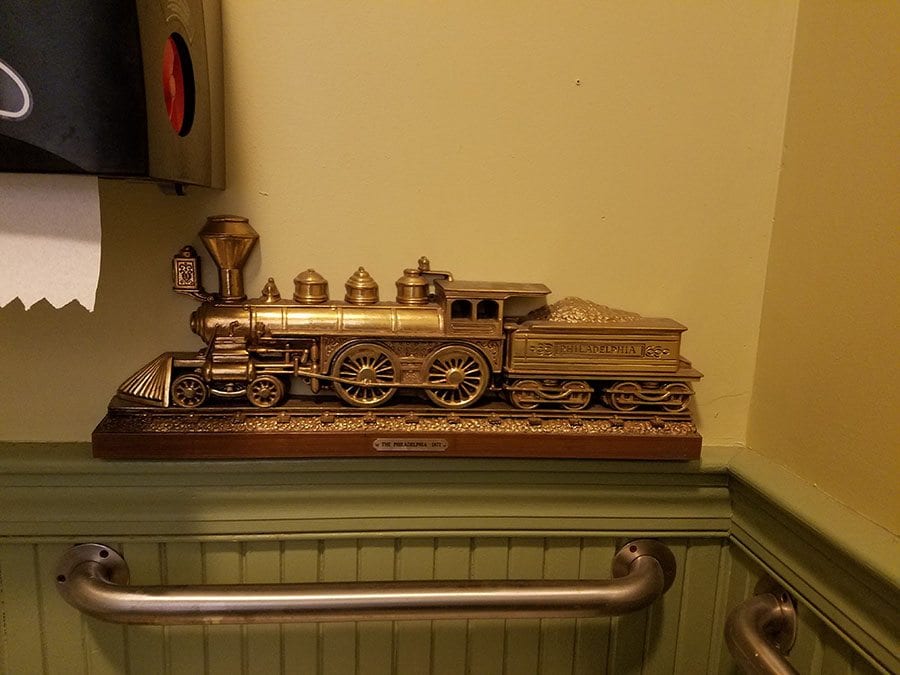 Stop in for a derailleur or regular Cup a joe. yum yum egg salad,  okay throw in a bag of Cheetos, and while you drink that cup of coffee drink in  a little nostalgia .

This quaint shop is open Monday through Friday 6-4, Saturday 6 to 1, closed on Sundays.

Closed on Sundays I like that.  More time to be with family.

So all aboard, next stop Whistle Stop Java Cafe in Milan! Steve’s looking forward to seeing you, so head over and  Chug  Chug , yum yum!