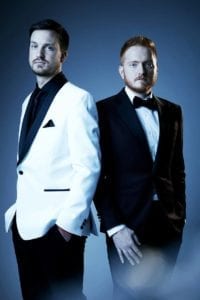 Scott Beck and Bryan Woods have been making films since they were teenagers in Bettendorf in the late ’90s, and they finally had their huge breakthrough last year with “A Quiet Place.” Now they’ve returned with their first directorial effort for a major studio, “Haunt,” starring local actor Justin Marxen, with whom they’ve worked since their early career.

We have an extensive conversation with Beck and Woods about “Haunt,” “A Quiet Place,” their work on the upcoming Stephen King adaptation “The Boogeyman,” and more, including their career going back to the Quad-Cities. It’s a fun and entertaining episode featuring some fantastic creators from the area.