What’s The Good News For October?

It’s the beginning of the witching season, as Halloween is just around the corner, but there are a lot of treats going on in terms of positive news and people in the Quad-Cities!

Here’s some of the good news going on around the community!

Family Museum has earned the Certified Autism Center™ (CAC) designation, which is granted by the International Board of Credentialing and Continuing Education Standards (IBCCES) and demonstrates Family Museum’s dedication to providing a supportive environment for guests with autism and other sensory disorders. Staff completed sensory disorder training and a comprehensive exam in order to earn this certification.

The Family Museum is a department of the City of Bettendorf, Iowa, and has been a community resource for over 20 years. The museum offers a unique, hands-on, learning experience that is designed primarily for children eight and under. Kids and their caregivers can engage in play-based exhibits, day programs, dance classes and other enriching activities guided by the knowledgeable museum staff. Specialized Sensory Kits are readily available to assist those who may need a reprieve from the excitement of the museum. Staff are also happy to provide a quiet, low-lit room for children with sensory sensitivities.

The Vision Statement of the Family Museum parallels the tenets held by the IBCCES:, which states “The Museum envisions a community that is increasingly vibrant, engaged, and resilient because it recognizes and develops the potential of its children.” This vison is echoed by Kim Kidwell, Family Museum Director, when speaking to the significance of their certification.

“The Family Museum is committed to providing a highly trained staff to improve the experience and learning environment for individuals and families affected by autism,” said Kim Kidwell, Family Museum Director.

Parents with children on the autism spectrum, as well as individuals with other sensory needs, often find it challenging to identify attractions where they feel safe, welcomed and understood. As a leader in healthcare, corporate, and education certification for 20 years, IBCCES recognized the need for more travel and entertainment options for individuals with cognitive disorders and, in response, created training and certification programs specifically for those areas.

“Family Museum staff are now better equipped to meet the needs of all guests and we’re proud to work with them on this initiative. We applaud their concerted efforts and recognition of the need for professional certification,” said Myron Pincomb, IBCCES Board Chairman.

IBCCES also created AutismTravel.com, a free online resource for parents that lists certified destinations and connects families to other resources and each other. Each destination listed on the site has met Certified Autism Center™ (CAC) requirements. 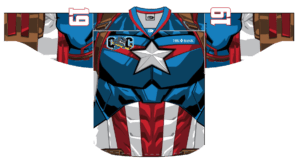 The Quad City Storm will be auctioning twelve specialty jerseys this season and giving 100% of the net proceeds to non-profits in the Quad City Area. In the inaugural season, the Storm auctioned off five specialty jerseys that resulted in a majority of the over $170,000 that was given back to local non-profits.  The Storm were awarded the SPHL’s Wanda Amos Community Service Award for their commitment to the community.

The SPHL has taken the plunge into the licensed jersey world and contracted four brands to be used by all ten teams: Peanuts, Nickelodeon, Mossy Oak and Marvel. Other Storm jerseys will be the popular Salute to Military jersey, a new Salute to Labor and our Country ‘Made in the USA’ jersey and a Chick-fil-A cow-pattern warm-up jersey. The two most unique jerseys this season are the first ever John Deere jersey and a Hockey Fights Cancer jersey that will allow fans to have a loved one’s name on a ribbon of the color of cancer they fought. Ribbons are on sale now at quadcitystorm.com. 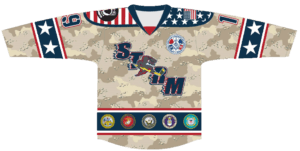 This season the Storm will be using a brand-new online auction platform for multiple jersey auctions. This allows fans to share the link with friends and family outside the Quad Cities who may be interested in purchasing the jerseys. The first online auction will be the Peanuts jersey on October 26 with the auction opening at QuadCityStorm.com when the puck drops and closing at 7pm on Tuesday, October 29. The schedule for live or online jersey auctions will be posted at the Storm’s website.

The Storm also continues to give back money to our community at every game through Chuck-A-Puck proceeds. A list of all nonprofits and their games can be found at QuadCityStorm.com.

The Quad City Storm is entering season two in the Southern Professional Hockey League.  Opening night is October 25th and will feature a laser light show, drumline battle and two-dollar beers and hot dogs before the puck drops.   Fans can get their tickets right now at QuadCityStorm.com. 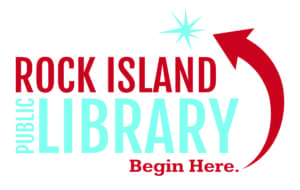 The Rock Island Public Library Foundation and the Lorene Evans Watts Fund for Children’s Materials will host the “Books for Kids” Trivia Night on Friday. November 1, from 6:30 pm to 9:30 pm at the Quad City Botanical Center, 2525 4th Avenue, Rock Island.

To sign up, contact Kathy Lelonek at 309-752-3014 or Eudell Watts, III at 309-314-3831. Reservations may also be emailed to riplfoundation@gmail.com. Players may register for a table of eight or be matched with a table that needs players. 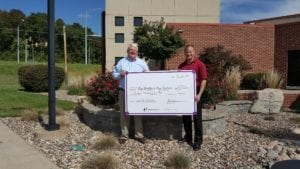 Despite the intense rain, more than 200 golfers and volunteers showed up for the two-day Plumbers and Pipefitters Local 25 annual golf outing on September 20-21 at Indian Bluff Golf Course in Milan.

“Even with the rain, we managed to have one of our biggest turnouts yet,” said Brett Swanson, Local 25 business agent. “This event has grown every year, and wouldn’t be possible without the generosity of more than 60 vendors, contractors and sister locals. We’ve already had people ask about next year’s tournament, so I don’t see our success slowing down anytime soon!”

The event raised $3,000 in support of one-to-one mentoring at Big Brothers Big Sisters of the Mississippi Valley.

“The more that students are encouraged to explore their interests, the more opportunities they’ll have to realize their potential,” said Jay Justin, president and CEO of BBBSMV. “It’s important for these kids to have real-world exposure to the opportunities available within the trades. The trades are critical to the infrastructure of our community, and educating our youth that this is a worthwhile career path is valuable as they work toward creating a successful future for themselves.”

In August, Local 25 also contributed $250 to help send WHBF Channel  4 Chief Meteorologist Andy McCray Over The Edge for Kids’ Sake. The event saw local leaders rappel from the roof of Hotel Blackhawk as an exciting way to raise funds that will connect kids to local mentors.

The Local Union has supported the mission of BBBSMV since 2011. In addition to making charitable contributions, Local 25 also educates Littles about career opportunities in the trades through the BBBSMV Career Navigation Program, provides in-kind labor for facility projects, and has sponsored and designed a hole in previous years at the organization’s annual Putt-A-Round event.

Nahant Marsh, a nature preserve in Southwest Davenport, is seeking nominations to recognize local people who have dedicated their lives (or will dedicate their lives) to protecting our natural world. The honors will be received at the 2nd Annual Oberholtzer Awards on February 29, 2020 at the Bend Event Center in East Moline.

The Oberholtzer Award recognizes a nominee’s hard work and leadership in conservation, spreads awareness to the causes they believe in, and inspires others to take action. Recognition categories are threefold—leaders from the past, present, and future, namely, students.

The award is named for Ernest Carl “Ober” Oberholtzer, a Davenport, Iowa native, explorer, author, and pioneering champion for the protection of natural areas in Northern Minnesota. He was also a founding member of the Wilderness Society and a leader of the nation’s wilderness movement through much of the 20th century.

Nomination forms are available on the Nahant Marsh website and will be open through January 10th, 2020. Nominations will be considered from the following counties: Clinton, Louisa, Muscatine, and Scott in Iowa and Henry, Mercer, Rock Island, and Whiteside in Illinois.

To be considered, a nominee must have demonstrated excellence in one or more of the following categories: 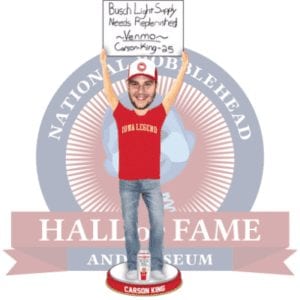 The release comes exactly one month after King’s sign appeared in the background of ESPN’s College GameDay when the show was in Ames for the Iowa State vs. Iowa game. The hand-drawn sign, which requested beer money sent via Venmo, went viral, and as the funds started to pour in, King quickly decided to give all proceeds to University of Iowa’s Children’s Hospital, even though he has always been an Iowa State fan. On Friday, October 11th, King presented a check for over $3 million to the Children’s Hospital.

When asked about being honored with a bobblehead, Carson said, “It’s amazing that a regular guy wanting to do something nice can spark a movement of generosity. To be honored with a bobble head that will continue to help raise money for worthy projects is enough to leave a guy speechless.”

“We think having a bobblehead is one of the biggest honors, and when we learned about Carson and all that he has done over the past few weeks, we knew he deserved this honor,” said Phil Sklar, Co-Founder and CEO of the National Bobblehead Hall of Fame and Museum. “In addition to raising even more funds for Iowa’s Children’s Hospital, the bobblehead will inspire generations of people in Iowa and across the country to do good like Carson!”