Home › Columns › Ryan Franks › A Stockingful of Commentary On Comics

A Stockingful of Commentary On Comics

Ryan Franks March 28th, 2020 Ryan Franks Share:
Sorry this is coming to everyone so late. I’ve got my normal job, all the side activities I’m involved in and then holiday stuff to divide my time up so small I’m surprised I find any time to sleep at all. This is of course compounded with the comic news cycle being slower then frozen molasses this time of year.
Even what few stories I’m seeing aren’t really things I want to discuss at any length (https://www.bleedingcool.com/2018/12/20/dc-comics-eric-m-esquivel-nightwing-previews/). A writer at DC is being accused of being an abusive creep, which other then saying screw him, I don’t want to spend six hundred words writing about. 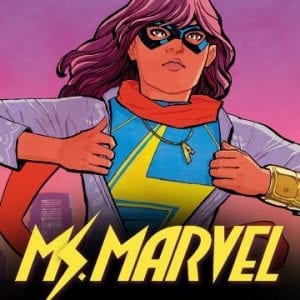 One of my favorite comics is coming back from hiatus; Lazarus (https://www.bleedingcool.com/2018/12/21/little-bird-assassin-nation-lazarus-risen-image-comics-march-2019-solicits/). This is great, except that it’s coming back as a quarterly for eight dollars an issue. This is neither the price point or release schedule I wanted from this book. The issues are double sized to account for the cost, so this technically means I’m getting eight issues a year instead of the six they were doing previously, but still can’t say I’m happy about this. I sent a friend a text about it after I’d read the article and he was about as non-plused about this as I was.
Prior to seeing that article I saw this one about Saladin Ahmed taking over the writing duties on Ms. Marvel (https://www.bleedingcool.com/2018/12/15/new-ms-marvel-writer-mistakes-men-make-writing-teenage-girls/). The article itself is a compilation of Twitter posts where Ahmed was looking to women to tell him “what single thing do you most hate that male writers get wrong about being a teenage girl?” He got many replies, though I think Bleeding Cool saved the best for last: “when they write comics about teen girls & then crowdsource empathy instead of giving the job to a person who could actually write this experience”. I found this reply both amusing and disingenuous. I definitely think it would have been a better idea over all to give this book to a female author. I suspect that the reason for hiring Ahmed had more to do with him being Muslim and they didn’t want their most prominent Muslim character to be written by a non-Muslim, because we don’t see a lot of those in comics. That being said the co-creator of Ms. Marvel, Sana Amanat, is still an editor at Marvel, so they could have gotten the Muslim aspect down even if they had hired a non-Muslim woman to write Ms. Marvel. Maybe this just means that Marvel should look harder for female Muslim writers to write their books, because there was no way they weren’t going to catch heat for this either way. I will also say that the reply was a bit saltier then it needed to be. At least Ahmed is making the effort to reach out and understand the kind of character he’s signed on to write for. Plus it’s not like Ahmed is a bad writer from all accounts. I’ve heard great things about his Black Blot comic and I saw a very glowing review of his new Miles Morales Spider-Man comic from an outlet I put a lot of trust in (https://www.youtube.com/watch?v=EKvz2dO_gAo).

I realize this has been more of a grab bag of ideas then a singular subject that I would normally write about. As I said, the holiday season puts a real damper on comic news and this is a format I’ve been thinking about when comic news is slow and I don’t have a full idea to chew over. That all being said I’m going to spread some love this holiday season and promote a couple of people elsewhere on the Internet. One of them is the Professor Thorgi channel over at YouTube (https://www.youtube.com/channel/UCZLH5MgTwWvj7gL6hlq2AiQ), he’s the guy responsible for the Miles review above; check him out. He’s the only comic book YouTuber I trust since he’s interested in promoting good things, not trying to tear down things he doesn’t. And then there’s Alex de Campi (http://alexdecampi.tumblr.com/), who I’ve talked about before and will continue to because I think she’s a fantastic writer who the comic book industry as a whole hasn’t utilized to the fullest yet. Have a happy holiday and see you next year.

Ryan Franks
Ryan Franks has been into comics for as long as he can remember. He first started collecting back in 1993.It didn't become an obsession until 2009, but still remains one...
See More Articles From Ryan Franks
Tagged: AvengersBatmanChristmascomic booksDCEric EsquivelLazarusMarvelMarvel comicsMs. MarvelNightwingRyan FranksSaladin AhmedStan Lee