Congresswoman Cheri Bustos (IL-17) helped to pass bipartisan legislation to provide an additional $40 billion in military and humanitarian assistance to Ukraine. This action by the House will be critical in helping the people of Ukraine defend their nation and democracy against continued Russian attacks.

“As Russia continues its assault on the people of Ukraine, the United States has a critical role in defending innocent lives and democracy,” said Congresswoman Bustos. “Tonight, I was proud to vote with colleagues from both sides of the aisle to provide additional military and humanitarian resources to Ukraine. We must ensure that the brave Ukrainians standing up against Vladimir Putin’s aggression have our unwavering support – and that our nation does its part as eight million Ukrainians are displaced by unprovoked violence.”

The $40 billion approved in a bipartisan vote in the U.S. House of Representatives will be used for urgent and essential resources, including military aid, support for the Ukrainian economy and humanitarian assistance to address the worldwide hunger crisis stemming from Russia’s invasion. The Senate is expected to take up the legislation as soon as next week. 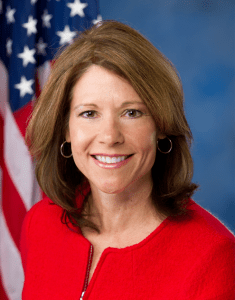 Earlier this week, President Biden signed legislation that Congresswoman Bustos voted for to expedite the process of sending military equipment to Ukraine – ensuring that aid from the United States reaches the Ukrainian people as quickly as possible.