“As we were worked with Public Media Company to strategize WVIK’s future, the need for someone to manage our finances and direct execution of our operational plan was emphasized,” said Pearce. “Jared has demonstrated his ability to develop impactful partnerships and enhance revenue streams. And, through ongoing professional development, he has contributed significantly to our programming and audience development efforts on the air and through our growing portfolio of podcasts.”

Originally hired as the Director of Corporate Support and Marketing in 2014, Johnson grew income from local corporate sponsors by over 50% during his four years in that role. In FY18, he was promoted to Director of Development and Community Engagement, where he continued to oversee significant growth in local revenue. Of particular importance, over these past four years Johnson has helped to raise $366,000 toward WVIK’s ongoing Campaign for the Future, an initiative aimed at increasing digital services and the launching WVIK’s second broadcast signal in the Quad Cities (105.7 FM). Johnson has also forged relationships with outside organizations to launch podcasts aimed at younger audiences, including A Real Piece of Work (Junior Achievement) and LOVE Girls: The Podcast (LOVE Girls Magazine). 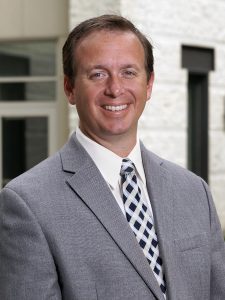 Johnson was instrumental in launching WVIK’s annual Intelligent Conversation starting in 2018, an event that has brought luminaries such as Krista Tippett and Nicholas Kristof to the RiverCenter in Davenport. This year’s Intelligent Conversation featuring Michele Norris, Washington Post correspondent and former host of All Things Considered, is scheduled to take place on March 10, 2022. This event was originally scheduled for March 2020, but postponed due to the COVID-19 pandemic. During the intervening year, Johnson had the opportunity to help develop and produce Hidden Conversations with Dr. LaDrina Willson of Iman Consulting, Tracy Singleton with the Lincoln Resource Center, Dr. Lauren Hammond-Ford with Augustana College, and Ryan Saddler with Saint Ambrose University.

“Jared has an appreciation for all that is vital and necessary about having a strong public radio presence in a community,” said Steven Bahls, president of Augustana College, WVIK’s license holder. “To this, Jared adds a keen understanding of how community engagement can make or break the mission of Quad Cities’ public radio station. I’m grateful that a position of this importance has attracted a leader of Jared’s ability.”

Prior to his time at WVIK, Johnson served eight years as Director of Marketing for the Quad City Symphony Orchestra. During his time with the QCSO, Johnson was able to participate in the hiring of Music Director of Mark Russell Smith, oversee a period marked by growth in ticket sales, and help develop a strategy that included increased live concert offerings and youth educational services. During his time at the QCSO, he helped launch and administered the Signature Series (now Up Close) in cooperation with Concertmaster and then series artistic director Naha Greenholtz. A couple highlights from his tenure included the sold out Music of Led Zeppelin show at the Adler and the record setting ABBA the Concert at the Quad City Bank and Trust Riverfront Pops. Johnson is particularly fond of the role he played in the 2012 Britten Peace Project, a months-long, community-wide initiative that brought together over a dozen local organizations including the Putnam Museum, the Figge Art Museum, the Rock Island Arsenal Museum, and the American Red Cross of the Quad Cities, and culminated in the anniversary performance of Benjamin Britten’s War Requiem, led by Mark Russell Smith and featuring hundreds of musicians from all around the world.

“I’ve spent sixteen years working in the Quad Cities’ arts community and I’m honored to have this opportunity to work at such an important institution, right here in my hometown,” said Johnson. “Beyond the arts partnerships and classical music that WVIK is known for, I was so proud to see us step up to all the challenges that came with 2020 – the flood, the pandemic, the local calls for police reform, and even that derecho. WVIK was reporting through it all, providing the kind of reliable information and analysis our community needed during those crises, many of which are still unfolding. I’m excited to see how much more we can do for the Quad Cities.”

Sean Leary
Sean Leary is an author, director, artist, musician, producer and entrepreneur who has been writing professionally since debuting at age 11 in the pages of the Comics Buyers Guide. An honors graduate of the University of Southern California masters program, he has written over 50 books including the best-sellers The Arimathean, Every Number is Lucky to Someone and We Are All Characters.
See More Articles From Sean Leary
Advertisement
Tagged: has named Jared Johnson as the new Station Managerjared johnsonQuad Cities NPRWVIK