Because of some experiences that Western Illinois University graduate student Aleezah Washington had during her undergrad years at WIU – some very good and some not-so-good at all – she was thinking of ways to reach out to other marginalized students, both current WIU students and prospective students. She reached out to WIU Student Legal Advocate Torrey Smith to talk and brainstorm. And with that, 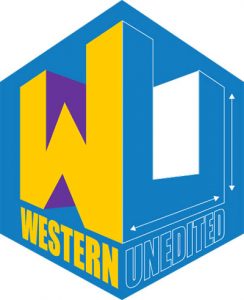 Washington’s vision to give students a voice, became “Western Unedited: Our Voice, Our Story, Our Time.”

Washington, an MBA graduate student from Naperville and a graduate assistant in the WIU Women’s Center, and Smith found a few more student leaders willing to participate, and arranged to tape five episodes, each featuring a different topic, with University Television. The group also came up with a mission statement: “As Leathernecks we recognize the opportunities and possibilities that Western Illinois University has offered us; however, as future leaders, we seek to improve diversity and inclusion, spread awareness about our own experiences and highlight the stories of marginalized communities on campus in order to provide a better future for generations of Leathernecks to come. Our voice, our story, our time.”

Episodes one, two , three , four and five can be found on WIU’s YouTube channel.

In the inaugural episode of Western Unedited, the panel – which is composed of Delilah Sanders, a senior political science major from Springfield, as the moderator/host; Derek Johnson, a junior law enforcement and justice administration major from Berwyn; Meyani Montano, a public safety administration graduate student from Milwaukee; Briana Plog, a senior social work major from Maryville; and Aleezah Washington, an MBA graduate student from Naperville – share their WIU story: what brought them here, what made them stay and their general highs and lows at Western.

In the second episode of Western Unedited, the panel – made up of Montano as the moderator/host; Johnson; Plog; Isaac Pulido, a junior 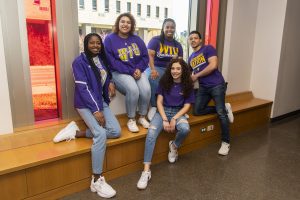 human resource management major; Sanders and Washington – discusses intersectionality, how their experiences have been shaped by their intersecting identities and how they represent themselves and choose to move through the world.

In the third episode of Western Unedited, the panel – which is composed of Johnson as the moderator; Sanders; Montano; and Anthony Gomez, a senior LEJA major from Chicago – talk 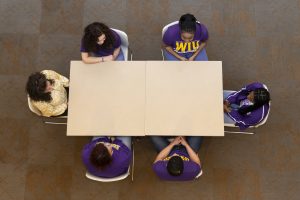 about being Black and Brown at WIU.

In the fourth episode, the panel – made up of Plog as the moderator; Johnson, Montano, Pulido and Madeleine Maligsa, a junior nursing major from Chicago – discuss LGBTQ at WIU. In the fifth and final episode of the Spring 2021 semester, the panel – composed of Washington as the moderator; Montano, Plog, Pulido, Sanders, and Maurissa O’Donnell, a junior education major from Moline, IL – discuss mental health and physical disabilities in “Visible and Invisible Experiences.”