This New ‘Better Call Saul’ Spinoff Is Going To Shock You!

All three of those words would likely accompany any “Better Call Saul” spinoff at this point. With the “Breaking Bad” prequel wrapping things up two weeks ago, with Saul Goodman stuck in jail for 86 years (give or take a few for good behavior), it’s looking like the story of our favorite criminal lawyer is all over with.

There are actually a lot of possibilities for a “Saul” spinoff. Here are a few I think would work really well:

Slippin’ Kimmy: A Kim Wexler spinoff following her as she gets her life back after the “Saul” events would make for a compelling watch. Kim has always been a complex and interesting character, and we still don’t know a lot about her backstory that could be explored. It would be interesting to see a series that flashes back and forth in time that shows her trying to put her life back on the right track while flashing back to episodes in her life that led her down a path of self-sabotage and inspired her to get back on the right.

The Salamancas: A prequel series with The Salamancas would be a lot of fun. It could be held when Hector was a younger man, building up his empire and meeting and collaborating with Don Eladio. We could see not just the Salamancas we know, like the twins, Tuco, and Lalo, but also get introduced to the larger family and find out what happened to the entire lineage of Salamancas. What was Hector’s father like? Were there any other influential Salamancas? How did Lalo get to be the way he was, and what was his father and side of the family like? How did the Salamancas end up teaming up with Don Eladio and how did they end up in a subordinate role? This could be a really exciting series. 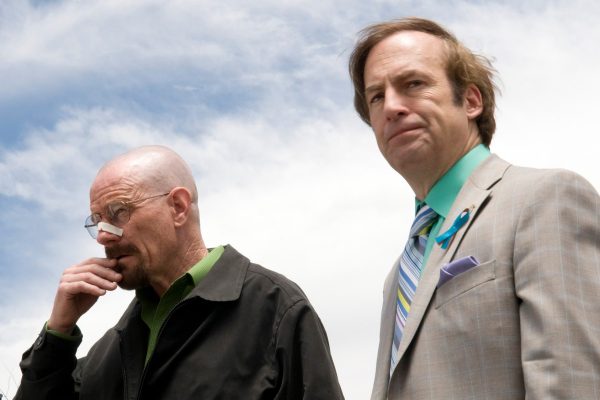 Good Behavior: This would be maybe my favorite spinoff, and it’s a familiar concept — the one where a criminal is sprung to help fight crime with the promise of his sentence being lowered or crossed away. The Feds could enlist Jimmy, or maybe even Jimmy and Kim, to help them solve cons and crimes, and with each one we’d see the two of them run cons and get themselves into sticky situations, but with each criminal they help the Feds catch, Jimmy would have some time crossed off his sentence. The series could end with the last con, which is done to knock the last few years off of Jimmy’s sentence. In that last episode, the con is done, the criminal is ostensibly caught, but Jimmy is killed, and the last thing we see is him saying goodbye to Kim, with both of them knowing that he finally, completely, “broke good.” Flash forward to her spreading his ashes on a beach, and chucking a Zefiro Anjeho cap into the ocean. And the saga of Jimmy and Kim would be complete.

So those are a few of my ideas for spinoffs. What about yours? What do you think would make for compelling viewing? I know I’m going to miss those Mondays of new shows, so, who knows, maybe Vince Gilligan will see this column or one of your suggestions and turn it into the next great series….?