Home › Arts & Entertainment News › Things To Do › Music Guild 2022 Season to Include “Cinderella,” “Elf,” “Jekyll and Hyde,” “Something Rotten!” and “Disaster!”

Music Guild 2022 Season to Include “Cinderella,” “Elf,” “Jekyll and Hyde,” “Something Rotten!” and “Disaster!”

Music Guild is apparently big into musicals with exclamation points!! 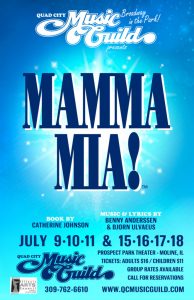 Three days before opening its first live musical post-pandemic, “Mamma Mia!,” the Moline-based nonprofit announced the shows for its 2022 season Tuesday on Facebook. They will be:

“Disaster!” is a jukebox musical comedy created by Seth Rudetsky, and written by Seth Rudetsky and Jack Plotnick. Earthquakes, tidal waves, infernos and the songs of the ’70s take center stage in this comedic homage to 1970s disaster films.

“Something Rotten!” is a musical comedy with a book by John O’Farrell and Karey Kirkpatrick and music and lyrics by Karey and Wayne Kirkpatrick. Set in 1595, the story follows the Bottom brothers, Nick and Nigel, who struggle to find success in the theatrical world as they compete with the wild popularity of their contemporary William Shakespeare.

“Something Rotten! opened on Broadway at the St. James Theatre on April 22, 2015, where it played for 742 performances. It was nominated for ten Tony Awards, including Best Musical, and won one (Christian Borle as Best Featured Actor in a Musical).

“Cinderella” – done by Music Guild in 2011 — is the only Rodgers and Hammerstein musical written for television. It was originally broadcast live on CBS on March 31, 1957 as a vehicle for Julie Andrews, who played the title role. The broadcast was viewed by more than 100 million people. It was subsequently remade for television twice, in 1965 and 1997.

“Jekyll & Hyde” – last done by Guild in 2004 — is a 1990 musical loosely based on the 1886 novella “Strange Case of Dr Jekyll and Mr Hyde” by Robert Louis Stevenson. Originally conceived for the stage by Frank Wildhorn and Steve Cuden, it features music by Frank Wildhorn, a book by Leslie Bricusse and lyrics by all of them.  It premiered on Broadway in 1997.

“Elf” – done at Circa ’21, Rock Island, for the holiday seasons in 2017 and 2019 – is a musical based on the motion picture of the same name (starring Will Ferrell), with a score by Matthew Sklar and Chad Beguelin. The book is adapted by Bob Martin and Thomas Meehan from the 2003 film. The musical ran on Broadway in the Christmas seasons of 2010–11 and 2012–13. 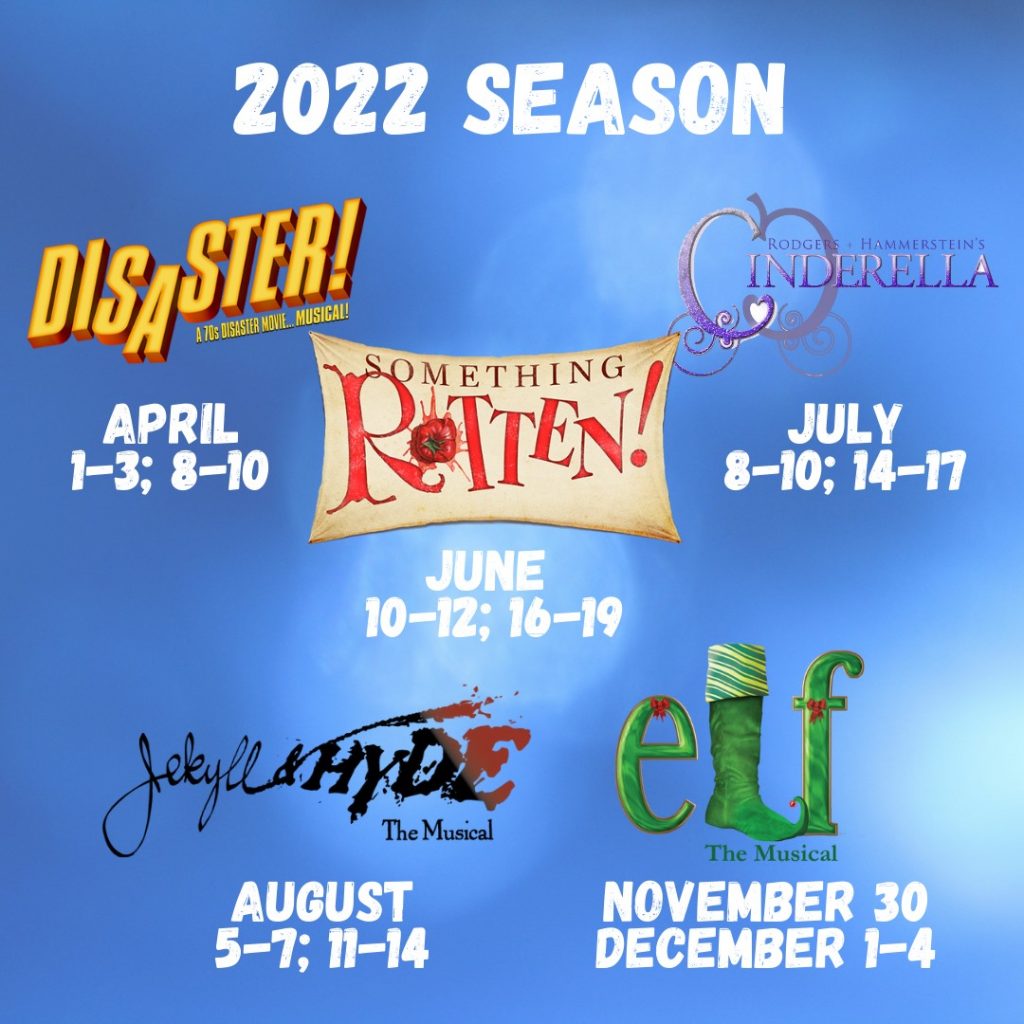