Like many musicians, artists, theaters and other arts organizations in this surreal time, Quad-Cities museums are putting their collections and programs online. 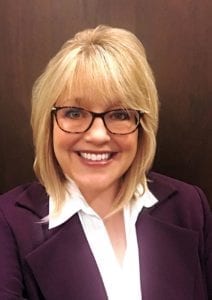 “The challenge is with reaching our audience during this time of closure, really has brought this new opportunity to connect with technology we really haven’t tapped into in the past,” Rachael Mullins, president/CEO of the Putnam, said recently.

The German American Heritage Center & Museum, at 2nd and Gaines streets, opened its “Power Frauen” exhibit (on notable German, Austrian and German-American women) in mid-February and hosted a reception with the artists and female musicians on Feb. 28. It features 17 original works of art created by local women artists, timed to the 100th anniversary of the 19th Amendment to the U.S. Constitution, giving women the right to vote.

The first-floor exhibit talks about suffrage in Germany, when it was adopted in America, and how the women featured in the exhibit were all trailblazers in their own right (across a variety of fields), some related to suffrage, said executive director Kelly Lao. “We were really excited about the exhibit and wanted to share that.”

A comprehensive virtual museum was put up on the website (gahc.org/education/gahc-from-home) at the end of March, including a brief video introduction by Lao, exhibit panels, photos, artwork and audio — all designed for the visitor to choose selections to view or hear. The online exhibit is a first for GAHC, in a former 1870s hotel, reopened as a museum 20 years ago this year. 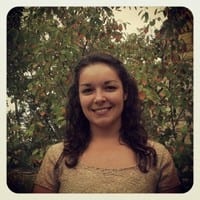 “We first upgraded our website to be more modern and reflective of our services, two years ago, and we’ve been so busy we haven’t had the time to really put a lot of offerings online,” Lao said. “Now, you’re forced to, but you also take what the opportunity is to do that.”

“We looked at larger museums across the country, what they were doing, trying to take those and see what we are capable of as a smaller museum,” she said.

“The art itself is beautiful, apart from the stories, so the site has some classical music playing while you can view the artwork,” Lao noted. “We tried to bring this exhibit through many different formats, so people can enjoy it from their home and get what they need from the art, the history, the inspiration, what might comfort them during this time.” 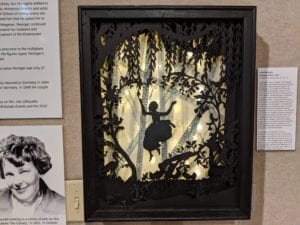 Those not so well-known include German astronomer Caroline Herschel (1750-1848) — who was apprentice to her brother, but her discoveries were attributed to him – and Charlotte “Lotte” Reiniger (1899-1981), a film director and pioneer of silhouette animation.

The exhibit also has works on loan from Augustana College, from famous German artist Kathe Kollwitz (1867-1945).

“Power Frauen” may be extended past June, hopefully to September, Lao said, and another current exhibit also will come online, called “The History We Hold,” which is highlights from the center collection of about 2,500 items (papers, photos, etc.), that also opened in early March. “This is a way to kind of pull little pieces out that don’t necessarily connect to anything else in the whole collection, and spotlight them on their own,” she said. 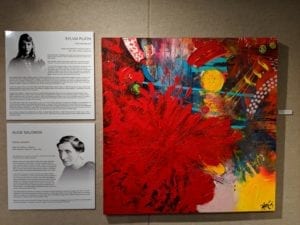 “It’s interesting to think about what will happen to museums after this point,” Lao said of this crisis. “I know a lot of people are asking, what is a 21st-century museum? It will be interesting to see how much we go online from now on and how this might change how we do things going forward.”

“Even if people aren’t walking through the doors, we’re still being effective in our mission,” she said. The GAHC asks web visitors to donate an equivalent amount to what the regular admission would be, to see the virtual exhibit.

Figge draws on many activities

Even before the mid-March closure, staff at the Figge Art Museum (225 W. 2nd St.) started putting a lot of material online. Its virtual museum is at figgeartmuseum.org/visit/virtual-museum.

“We wanted to make sure we were addressing different needs and interests that people might have,” executive director Michelle Hargrave said. There are 57 artworks and six gallery overviews online, plus six works from the University of Iowa Stanley Museum of Art’s collection, with audio taken from the Figge’s previously available audio tours.

The virtual museum includes videos of curators discussing the current Rock Island Art Guild and Henry Dreyfuss exhibits, and Hargrave will add others. The exhibits will be extended in the museum – Art Guild until May 17, and the Dreyfuss to June 7.

There’s a new “Community Curated” virtual exhibition, for which community members of all ages have submitted their art, through April 11. It is featured on the Figge’s Facebook and Instagram pages.

The Figge site also includes lots of activities for kids and families, such as links to PBS, and other museum sites and educational resources. “Our educators had heard from parents and teachers that they were just being inundated with possible things they could do with their kids,” Hargrave said. 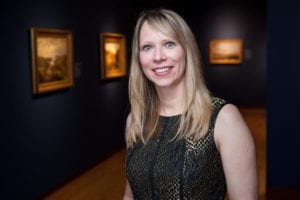 “They were looking for some help cutting through that noise, and our outreach educators put together recommendations, if you don’t know where to begin,” she said, adding the site has printable activity sheets, and a series of follow-along art activities, with videos on how to make your own artwork.

“This was something we had to create because of this crisis, but we do think it will serve us going forward,” Hargrave said of online offerings. “It will help us serve a broader audience, bringing information and insight to virtual visitors everywhere.”

“While we are closed, we’re still bringing people and art together,” she said.

The Putnam (1717 W. 12th St.) had just 10 days of public viewing for its latest original exhibit – “Liberated Voices/Changed Lives” – before the museum was closed. President/CEO Rachael Mullins recorded an eight-minute video about the women’s suffrage exhibit in late March, also a first for the museum.

“The challenge with the digital platforms is, we need to be examining, will we be doing business differently at the end of this?” she said recently, noting post-pandemic, people may not want to gather in large groups anymore. “Will there be a want for more of this sort of virtual access? How will that change some of our offerings in the community, even after we re-open?”

Mullins hopes to add the short character videos made for a touch-screen exhibit on suffrage for Putnam.org.

Also aimed to celebrate the August 1920 signing of the 19th Amendment, “Liberated Voice/Changed Lives” shows how Q-C figures made the case for and against women’s right to vote, during the first two decades of the 20th century.

The exhibit – all culled from the Putnam’s vast collection – shows how household inventions, from the simple toaster to the more complex electric washing machine, created more free time for local women to organize in the movement, and transformed their lifestyle leading up to and directly after the adoption of women’s suffrage.

“It’s really what the Putnam is known for — that blend of history, culture and science, so we try to embed those ideas,” Mullins said, noting it includes about 200 pieces (appliances, furniture, clothes) from the museum’s collection of nearly a quarter-million items and reveals how history connects with culture and science.

“The advances in technologies was actually a critical part of the suffrage movement,” Mullins said. “It laid a foundation for the roles of women in the household, but also in the world of work. It freed up that time from the daily house tasks, so women could be out in the community.

“It was the rise of the women’s club; it was a lot of civic engagement and gave women a new voice, really, to pursue their interests and passions, including the suffrage movement,” she said.

The Quad-Cities was representative of the suffrage movement in many ways and unique in other ways. One of the unique aspects for the area was the strong German population, Mullins said.

Giving women the vote was perilous for protecting the rights of brewing in the community, which was a big tradition that continues today, she noted. “They were right to be concerned because it ushered in the temperance movement as well.”

The empowerment of women nationwide, seeing social justice, led to the passage of Prohibition in January 1920 (which was abolished in 1933), Mullins said.

The Putnam’s virtual museum also will add some of the permanent exhibits, and now includes science experiments (at putnam.org/Education/Experiments-Activities), which have been there for about a month. There will be more videos connected to the “OMG! Elements of Surprise” exhibit, which runs the rest of the year, and also accessible on the Putnam Facebook page.

The suffrage exhibit is due to be on display through August. Museums see their online offerings as positive ways to help market themselves, to  attract more visitors.

“More and more, families are wanting to bring that experience home with them as well,” Mullins said, adding kids enjoy learning through online opportunities. Educators are considering more Facebook Live demonstrations, with “kitchen chemistry” that can be replicated at home, she said.

Original exhibits not only save the museum money (compared to renting traveling exhibits), but it’s “more a function of wanting to celebrate more of our collection,” Mullins said. At any given time, there may be only about 5 percent of our collection is on display, which is really extraordinary.”

“It’s wanting the community to have broader access and wanting to feature more of the really extraordinary treasures that we have here in our community,” she said.

The Covid-19 crisis also gives the Putnam a chance to record Q-C history as it’s happening. Like other museums nationwide, it’s asking people to submit their thoughts, images, and artifacts, to contribute to the archives, around their experiences over the past couple months.

“We’re engaging our community in new ways that I think will be long-lasting,” Mullins said.

Those experiences could include reflecting what it means to be tele-commuting, working remotely, attending school online. It also could be, “how are we recognizing certain social conventions like weddings, birthday parties and funerals, during a time of social distancing?” she said.

“It’s interesting to see some of the materials coming in, and we’re going to be sharing more of those materials with the public as they’re coming in,” Mullins said.

The Putnam also has some items on how the area responded to previous pandemics, including a public health flyer issued during the 1918 Spanish flu, and artifacts during the Ebola virus outbreak of 2014-16.

“The Putnam has been charged with really collecting, protecting and preserving our region’s history,” Mullins said, “and this is certainly a historical moment.”