A St. Patrick’s Day Bash is scheduled for March 12-13, and the planned lineup is:

The Mississippi Valley Fair was canceled in 2020, and returns this August.

“Mask up Quad Cities and let’s celebrate together,” says the event’s Facebook page, noting the party will take place in the 30,000-square-foot Fair Center. There will be free admission with plenty of free tables and standing room available.

If you want the VIP treatment, call the fair office at 563-326-5338 to reserve your own private table closest to the stage. Each table is $100 per night and seats 8 people and also comes with a bucket of beer.

According to state of Iowa Covid-19 health guidelines, indoor performance venues are open and patrons must maintain 6 feet of social distance between groups or individuals. Groups are limited to 8 or less. At bars and restaurants, masks are required when not seated.

The fairgrounds will host a Battle of the Bands QC the following weekend, on Saturday, March 20 from 3 p.m. to 9 p.m. at the Fair Center. Most of the 10 bands are coming from throughout Illinois and Iowa, including the Q-C’s own all-female band, Been There Done That.

Each act will perform a 15-minute set, and four judges will choose a winner, who will open on a genre-appropriate night at the Mississippi Valley Fair grandstand in August (e.g., a rock band for a rock night).

“A lot of bands want to get into Mississippi Valley Fair,” event organizer Michelle Hosch said Thursday. “They want to get into this area, and this is one way, to get exposure. We hope this continues there. We had over 80 nominations.” 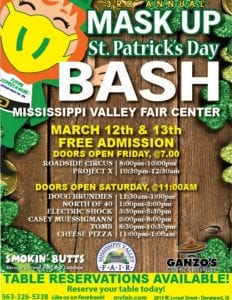 After creating a Facebook event page, Hosch’s booking agency (MH Entertainment) sought votes in November through early January for the area’s favorite bands. She said the event page has been viewed over 21,000 times.

The following bands drew the top 10 votes, and this is the lineup for March 20 –

Been There Done That is a talented group of teenage girls who play a variety of rock, power pop and originals. Winner of the 2016 and 2019 QC Rock Academy Battle of the Bands and Iowa Rocks 2018 Winner.

Hosch is organizing her third Battle of the Bands in Cedar Rapids, which will be April 24. Judges for the Mississippi Valley Fairgrounds event will include someone from QC Rock Academy in Davenport and WQUD 107.7 Vintage Radio in Erie, Ill.

The March 20 event is also free admission, Hosch said, and participating bands are not being paid.

Some people are not happy about the event being held at all, during the Covid pandemic. 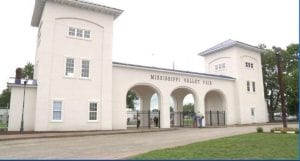 “The sad truth that people need to get through their thick heads is that events like this should not be being planned until we have a better grasp on what the future holds,” Jon Burns, a Moline-based musician and visual artist, posted recently on COVID-safe Quad Cities on Facebook.

“God willing, years from now, our children and grandchildren will be in history class learning about the Great Corona Pandemic of 2020 and beyond, and they’ll learn about how selfish and entitled their parents and grandparents were by refusing to do the minimal asked of them to protect their communities,” Katie Higareda Loete replied on the site.

“I’ve taken a pretty hard line approach to all of this Covid stuff,” Burns said later. “I’ve been offered gigs in the last year and have turned them down. As a musician, I don’t want to be a part of gathering together a group of people and possibly spreading this virus.

“I have instead turned to doing online performances in a variety of styles as a way to continue to perform for people in a safe and responsible way,” he said. Of Battle of the Bands, Burns said the event organizer hoped by March everyone will be vaccinated. “It takes about two minutes of research to realize that there is NO WAY that the general public is gonna be vaccinated by then,” he said.

“Both the promoter and the people at the fairgrounds are using musicians and fans as a way to promote themselves and line their pockets at the expense of people,” Burns said. “I just feel like, yeah I get it. People wanna return to normal and go see music, but it’s just not the time 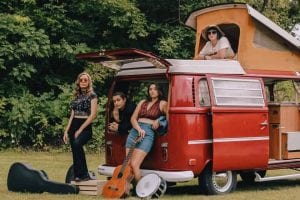 The Quad-Cities band Been There Done That will compete March 20.

“I think musicians and promoters and venues need to take a hard look at doing outdoor-only events if any until everyone that wants the vaccine has the vaccine,” he said. “I just think it really shows how selfish people are.”

Hosch said Thursday that the fairgrounds will follow all capacity and social distancing guidelines allowed by the state, which also could change by March.

“That place is so big,” she said of the Fair Center, noting patrons will have to be masked and seated at tables six feet apart from each other. “I think it’s really great. It’s been a struggle for these musicians. We had over 80 nominations. They want to get out there, want to do shows, have exposure.”

Nominations for her Cedar Rapids Battle of the Bands are due Feb. 22, and the winner of that contest will get $1,000.

“I don’t hear lot of negativity about it,” Hosch said. “People want their normalcy back, they want their fun back. Hopefully, this is a way they can see it. We’ll follow all the guidelines.”

Country star Jason Aldean will kick off the planned return of the Mississippi Valley Fair on Tuesday, Aug. 3, 2021. Last year, the 101-year-tradition canceled altogether due to Covid-19.

Before that, the fair announced no large grandstand concerts in 2020, and canceling of the big concerts previously scheduled, including Keith 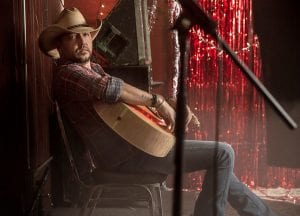 Urban and Pitbull. It planned to program local bands in the grandstand, which has a seating capacity of 6,000.

While Keith Urban has not been rescheduled for this year, he did reschedule his canceled 2020 Iowa State Fair Grandstand concert, for Saturday, August 21, 2021 in Des Moines.All previously purchased tickets will be honored for the rescheduled date and a new ticket is not needed.

He has scored 23 No. 1s and is the only country act in history to top the all-genre Billboard 200 four times, while racking up 15 billion streams and more than 18 million albums sold along the way.

The rest of this August’s Mississippi Valley Fair lineup is:

A Fun Card – which costs $75 until June 30th – is required for all Grandstand shows. No individual show tickets will be sold for Grandstand events. The Fun Card price will go up to $90 on July 1. For tickets and more information, visit www.mvfair.com.