Life must be returning to semi-normal, since some favorite outdoor summer concert series are back this year. The Starlight Revue Concert Series in Rock Island starts back up May 18, and free concerts are returning in early June to downtown Davenport and downtown Moline. 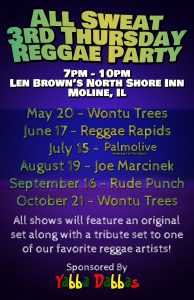 The All Sweat monthly reggae series starts Thursday, May 20.

The Tuesday night free Starlight Revue series begins in Lincoln Park on May 18 with River City 6. Starting 5 p.m., Hy-Vee Grille and Rock Island Parks and Recreation will sell food and drink, with the concerts starting at 7 p.m. The 2021 lineup is:

Jazz drummer and Q-C bandleader Josh Duffee recently posted that his concert will commemorate the 20th anniversary of their first Starlight Revue show June 30, 2001, and this summer’s concert will also be a tribute to legendary drummer Gene Krupa (1909-1973) and his orchestra. 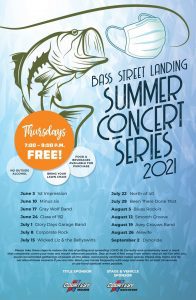 The River Music Experience, 2nd and Main streets, Davenport, is bringing back the free Live@Five on Fridays from 5 p.m. to 7 p.m., starting on June 4. Last year due to Covid, the series was limited to August and September. 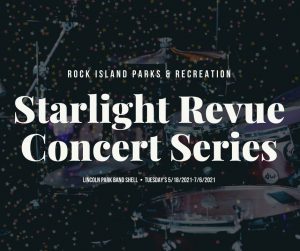 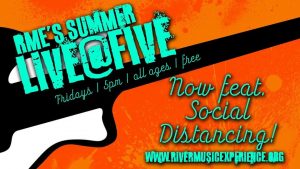 Each free show — sponsored by Yabba Dabbas — will feature an original set along with a tribute set to one of the band’s favorite reggae artists. This series lineup is: