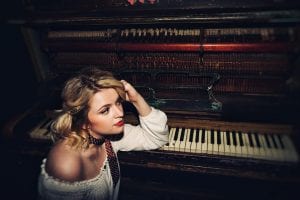 Poppe was the opening act for Ingrid Michaelson on tour last October.

Tickets ($29.50 & $39.50) for the socially-distanced event will be sold in pods of 2, 3, 4 and 5. Guests must purchase all tickets in a selected pod. All guests will be expected to follow new health and safety guidelines, which includes wearing face coverings, maintaining distance between groups, and staying home if sick or if a person has had contact with a confirmed case of Covid-19.

Patrons are encouraged to review health and safety protocols at AdlerTheatre.com. The 2,411-seat Adler will have about 25-percent capacity, with a maximum of 617 in the audience, spokeswoman Heather Brummel said Monday. Last month’s Beatles vs. Stones concert had an audience of 303, she said.

The Dec. 19 acoustic Christmas show is expected to be performed without intermission.

Maddie Poppe is a 22-year-old singer-songwriter from Clarksville, Iowa, and Season 16 winner of “American Idol.” She fell in love with music at a young age, learning to play guitar, ukulele and piano and in 2016, Maddie released her debut album, “Songs from the Basement,” which she wrote, produced and recorded alongside her father, Trent, according to her bio. 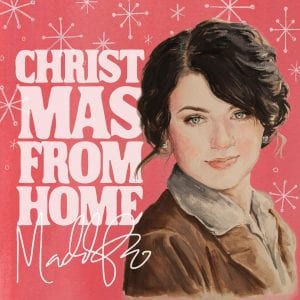 Poppe will release a Christmas EP on Nov. 20.

After years of performing locally in Iowa, Poppe she decided to audition for “American Idol,” a decision she calls her “saving grace.” Ultimately, she stole America’s hearts and was crowned the winner, giving the audience an emotional, overjoyed, and tear-stained performance of her single, “Going Going Gone.”

Since her victory, Poppe has been in high demand appearing on multiple TV shows including Jimmy Kimmel Live, Live! with Kelly & Ryan and the 2018 Radio Disney Music Awards, and performing at the Hollywood Bowl in Los Angeles, Special Olympics and CMA Fest in Nashville. 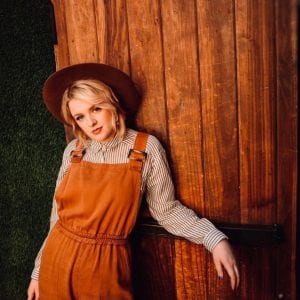 “Made You Miss” earned #19 on the Hot Adult Contemporary Radio charts. Her sentimental ballad “Not Losing You” swept radio charts as well. Most recently, Poppe supported Ingrid Michaelson on The Dramatic Tour last October, an experience she called a dream come true, according to an Adler release.

Her new EP, “Christmas From Home,” will be released on Nov. 20. In March 2019, she visited the Genesis Cancer Care Institute in Davenport to see patients, before performing that night at the Gilda’s Club 10th-annual “Intimate Conversations” fundraiser at Rhythm City Casino Resort, which sold out.

A March 2020 piece at guitargirlmag.com said: “It’s no wonder why the supremely talented Maddie Poppe was declared the winner of Season 16 of American Idol: her radiant voice, straightforward storytelling, and heart-on-sleeve presence was sure to captivate audiences around the country.”