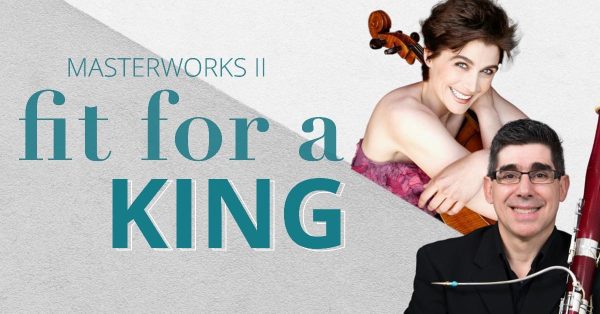 PRESENTED AS PART OF
Out of Darkness: Holocaust Messages for Today

INSIDE THE MUSIC
Join QCSO Music Director Mark Russell Smith in an exploration of the Masterworks programs on the Thursday evening preceding each Masterworks Concert. Free admission. Cash bar available. Doors open at 5:00 pm and the program starts approx 20 minutes later.
Sponsored by The Hotel Blackhawk

CONCERT CONVERSATIONS
One hour prior to each Masterworks performance, concert-goers are invited to attend informational pre-concert conversations to hear about the works on the program. A video is also available on all QCSO social media platforms.
sponsored by Chris Connolly, Wells Fargo Advisors

TICKETS: FIT FOR A KING