Deslondes will be playing at 7 p.m. Sept. 27 at Davenport’s Raccoon Motel.

We shed old skin in order to evolve and move forward. We let go of who we were in the past and embrace who we’re meant to be now. The Deslondes have taken such steps as not only bandmates, but as brothers. The New Orleans quintet—Dan Cutler, Sam Doores, Riley Downing, Cameron Snyder, and John James Tourville—have weathered ups, downs, and everything in between only to strengthen the bond between them.

Infusing everything from saxophone, flute, and synth to string arrangements and a full drum kit for the first time, the group naturally progress and evolve in real-time on their third full-length offering, Ways & Means [New West Records]. 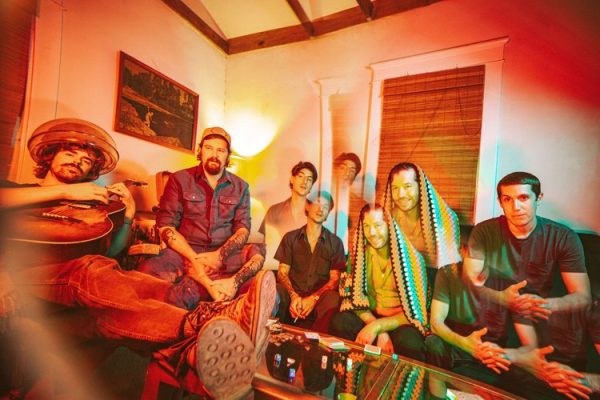 “The title reminds me of being young, getting into the music business, going through everything, and coming out of it,” Riley observes. “We’re taking a look right, left, and back at ourselves.”

“We were letting go of a bunch of old dynamics that left us burnt out,” adds John James. “However, we’re focused on being productive and on the other side.”

The “other side” might just be their brightest yet. The Deslondes revealed their self-titled debut to widespread tastemaker applause during 2015. However, they really hit their stride on Hurry Home in 2017. Right out of the gate, Noisey proclaimed, “The Deslondes have found a comfortable sound to create art in, and it serves them well,” while Rolling Stone noted, “The Deslondes’ take on country relies on a gritty, grimy mix of early rock ‘n’ roll and lo-fi R&B.” In addition to praise from American Songwriter, Paste, The Boot, and more, the record closed out the year on Uncut’s “Favorite Albums of 2017.”