Davenport Junior Theatre (DJT) will conclude its 69th season of theater “for kids, by kids” with their first in-person production in 15 months: the premiere of Aaron Randolph III’s “The True Tale of Robin Hood,” opening Friday.

Written by local playwright Randolph and directed by Zach Meyer, this swashbuckling production will be held outside on the Great Lawn of the Annie Wittenmyer Complex, 2822 Eastern Ave., Davenport, and will be FREE for all to attend.

In addition to the performance, guests are invited to arrive an hour before show time to enjoy a mini-Renaissance Faire on the lawn, in a celebration of community and live performance.

“If the past year has taught us anything, it’s the importance of community.” DJT artistic director Ben Gougeon said in a release. “Theatre has the power to bring people together, and while our virtual shows have been a blast, nothing beats audience and artists gathering in shared space.

“And while we’re certainly not fully out of the woods yet, we felt that we could safely host an outdoor production and event, and bring our community back together,” he said.

“The True Tale of Robin Hood” involves 49 students from around the Quad-Cities area, ages 10-18, and will be serving as the cast, tech crew,

The cast of The True Tale of Robin Hood performs while the crew and Front of House team watch.

and “Front of House” team.

Working with local professionals, the students will not only be putting on the show, but also creating the greater world of Sherwood Forest on the DJT campus in the form of a Renaissance Faire featuring games, contests, a dunk tank, concessions, and more.

Based on the legendary English folk hero, “The True Tale of Robin Hood”: takes place around the upcoming nuptials between Prince John of Nottingham and Maid Marian of Sherwood. Prince John intends to use his marriage to line his pockets, while the fair Marian only wants fair treatment for her people.

How far will she go to ensure their well-being? Will a certain bandit in green come to the rescue? And speaking of Robin Hood and the Merry Men, who are they, exactly? Randolph explores these questions in this lively script, which tells us how the folk legend of Robin Hood really was born, according to the DJT release.

“The True Tale of Robin Hood” was set to have its premiere in May 2020, only to be canceled due to the Covid-19 pandemic. Zach Meyer, the show’s director, said that working on the show has been a great process.

“Our actors have truly knocked it out of the park with the show being outside in the heat, moving their set (which is required to be taken down and set up every show), being masked, and creating fantastic characters,” he said.

“I am truly impressed with each and every student we have at Junior Theatre; they give it their all every time,” Meyer said. “It has been a pleasure to help them create this piece of art together. Our design team has also done a fantastic job with the costumes, set, props and sound.”

The Ren Faire activities start one hour before showtime, and families are invited to come early, enjoy the festivities, and then settle down and watch “Robin Hood.” Gougeon says audiences are encouraged to bring blankets, chairs, picnics, and enjoy an al fresco evening.

“More than anything, we want to engage our students and our community,” he said. “We’re focused on eliminating barriers for participation, 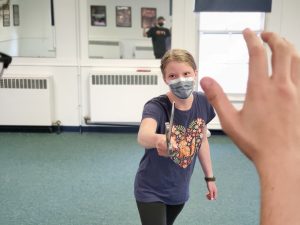 so all this season’s shows have been free to audiences, and we will continue that going forward. Everyone deserves access to theatre.”

“Donations will be accepted, of course, but we want everyone to be able to get in the door,” Gougeon said. Concessions will be sold in support of DJT’s Junior Board, as well as tickets to 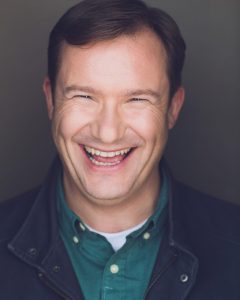 the dunk tank where students can dunk DJT faculty and staff.

Founded in 1951, Davenport Junior Theatre is the nation’s second-oldest children’s theater. Classes (both virtual and in-person) and camps are offered year-round in theater and dance for students ages 3-18. DJT prepares kids for a lifetime of success, no matter what path their lives may take.

If weather is inclement, the show will be held inside the Mary Fluhrer Nighswander Theatre. The Great Lawn of the Annie Wittenmyer Complex has no traditional seating. Audiences are encouraged to bring their own blankets, lawn chairs, etc. The show runs approximately 75 minutes, intended for kids of all ages.

Jonathan Turner
Jonathan Turner has been covering the Quad-Cities arts scene for 25 years, first as a reporter with the Dispatch and Rock Island Argus, and then as a reporter with the Quad City Times. Jonathan is also an accomplished actor and musician who has been seen frequently on local theater stages, including the Bucktown Revue and Black Box Theatre.
See More Articles From Jonathan Turner
Advertisement
Tagged: ben gougeonDavenport Junior Theatrelocal theaterMary Fluhrer-Nighswander TheatreQuadCities theater