First, the theater is looking for two dancer/singer/actors for its summer production of “Saturday Night Fever.” Production dates, including 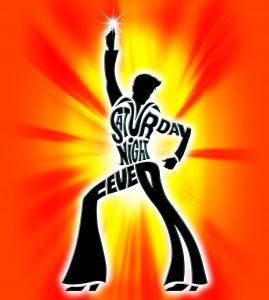 Circa ’21 is looking for two Latinx performers for “Saturday Night Fever,” to be staged this summer.

rehearsal, are July 1 – Sept. 11, 2021. Online submissions are being accepted until May 15 to fill the following roles:

​Those interested should submit a Bee Gees song or an upbeat disco-era song, a brief monologue, and a dance reel showcasing contemporary, athletic, sexy dance styles and any partnering you may have. All roles in this professional production are paid. Due to housing constraints, Circa prefers someone local or with their own housing.

Submissions should be sent to producer Denny Hitchcock at dpjh@circa21.com immediately.

Circa ’21 is also accepting submissions for “Disenchanted.” Production dates, including rehearsals, are Sept. 2 – Nov. 6, 2021.

The show synopsis says: Poisoned apples. Glass slippers. Who needs ’em?!  Not Snow White and her posse of disenchanted princesses in the hilarious hit musical that is anything but Grimm. Forget the princesses you think you know – the original storybook heroines have come back to life to set the record straight.

At the artistic helm of this hilarious off-Broadway hit musical comedy are St. Ambrose theatre professor, professional actor and director

Circa is seeking online video submissions for a Disney spoof musical, “Disenchanted,” to be performed this fall.

“We are casting four non-union women of all ages, shapes, sizes, and ethnicities,” Cory Johnson said in a Circa release. “They must have excellent comic timing, physical comedy & improvisation skills, and a strong comedic singing voice.”

The characters in this award-winning all-female musical are based on the original fairy tales of Grimm, Perrault, de Villeneuve, as well as historic accounts and legend. Add in a healthy dose of the modern-day, strong, independent woman and you have “Disenchanted.”

“I encourage all women to audition. You don’t have to look like a Disney Princess to be a Disenchanted Princess,” Johnson said.

Character breakdown and information on open roles can be found at circa21.com/auditions. Those interested in being considered should submit a broad comic up-tempo song, a brief monologue, and a dance reel.

All roles in this professional production are paid. Questions and submissions should be sent to producer Denny Hitchcock at dpjh@circa21.com.

Jonathan Turner
Jonathan Turner has been covering the Quad-Cities arts scene for 25 years, first as a reporter with the Dispatch and Rock Island Argus, and then as a reporter with the Quad City Times. Jonathan is also an accomplished actor and musician who has been seen frequently on local theater stages, including the Bucktown Revue and Black Box Theatre.
See More Articles From Jonathan Turner
Tagged: auditionsBrad HauskinsBrett HitchcockChurch Basement LadiesCirca '21Circa 21 Dinner PlayhouseDenny HitchcockSaturday Night FeverTristan Tapscottyou smell barn