Ruth Lee loves to visit “Cloud Wine,” and a special family connection helped her create a great, intoxicating fundraiser for another place close to heart – the Rotary Club of Rock Island. 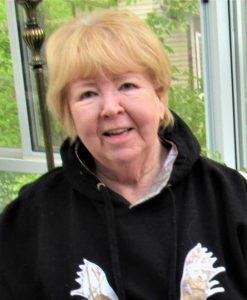 A former club president and head of the auction committee, she has helped organized “On Cloud Wine,” a big California wine auction that will begin online at 10 a.m. Wednesday, Aug. 18 and run through Sept. 2, with proceeds going to Rotary’s Frederick R. Houlton “Service Above Self” Scholarship Fund at Rock Island High School.

“We never have done anything like this and it’s actually kind of a one-off, because a friend of my daughter and her husband who lives in the San Francisco area, works for a person who has a little boutique vineyard in Sonoma, California,” Lee said Monday.

Her daughter, Elizabeth (an attorney), got their friend – who works at Nimble Vineyards in Sonoma – to convince the company to  donate $6,500 worth of their wines (a stunning variety of top-of-the-line whites and reds) for the auction. 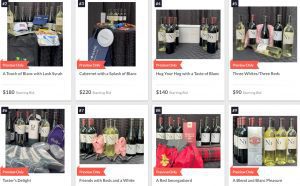 Items available to bid on in the Rotary wine auction from Aug. 18 to Sept. 2.

The Rotary auction site — https://one.bidpal.net/oncloudwinewithrirotary/welcome — lists the minimum bids for each of 20 groupings, which only represent half the value of the wine shown. For example, a $220 minimum bid (for a $442 value) can get you eight bottles of 2014 Nobis Cabernet Sauvignon, and two bottles of 2018 Nimble Sauvignon Blanc. Unlike that one, most items also include a liquor that is not wine, for people who may not be wine fans.

“Not everybody likes wine. It’s hard for me to believe, but that’s the case and we thought we would broaden our horizons,” Lee said Monday. “So we got a lot of donations, and we added a bottle of top-shelf liquor with, I think, almost every grouping.” Many Rotary Club members donated other liquor or alcohol for the auction, she noted.

The new auction was added on top of the annual wine raffle that Rock Island Rotary does in partnership with The Grape Life in Davenport, which offers discounts on packages and prizes are given each May. That typically raises about $4,500 a year, and the new auction aims to collect at least $6,500 – which is the value of all the wine donated, Lee said.

The $1,000 Houlton scholarship is named for a former Rock Island-Milan superintendent, who also was a longtime Rotary member. It was given this spring for the first time, to 2021 Rocky grad Cassidy DeMeyer, who is attending Augustana College. 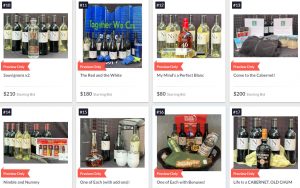 Items available to bid on in the Rotary wine auction from Aug. 18 to Sept. 2.

“We would like to grow that scholarship a little bit so that we can go beyond the $1,000 level,” Lee said. “Of course, we want our award used for good solid students, but you know, the focus really is about being a good student citizen, doing the service component and we don’t need our winners to be the top students in the class. We want them to have a really good solid commitment to service. And so I’m excited.”

Rotary International was founded in 1905 in Chicago, and is the world’s largest and oldest service organization, with over 1.2 million members in 33,000 clubs in more than 200 countries. The Rock Island Rotary (with about 100 members) meets Tuesdays at the Quad City Botanical Center, and was founded 107 years ago.