Nolte currently serves as the Director of Alumni and Annual Giving at Palmer College of Chiropractic in Davenport, and will transition to her 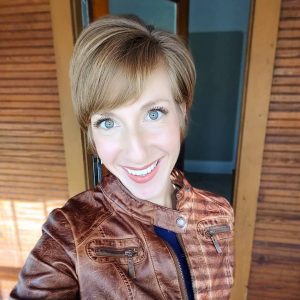 “This is a time of unprecedented growth and potential for downtown Moline. I am thrilled to be joining the Renew Moline team at a time when we are going to bring the community together to weigh in on exciting projects and plans and elevate the exciting initiatives already in motion for downtown Moline,” Nolte said in a news release.

“I am looking forward to working with our board members, partners and educating the Quad-Cities on Renew’s important role in making these plans a reality,” she said.

“Hiring Liz brings a new dimension to Renew. Her passion for the city of Moline’s potential is evident every time I speak with her,” Carrie O’Neill, Renew Moline’s board chair, said. “Her skills and experience will help support city projects during this exciting time. The new bridge affords the community once-in-a-lifetime opportunities, and we are looking forward to exploring those possibilities.”

Renew Moline is a private, 501(c)(3) not-for-profit organization dedicated to economic development and redevelopment activities within the 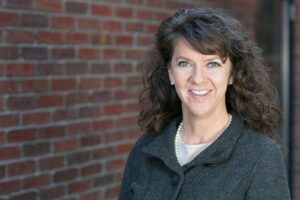 Alexandra Elias is the president and CEO of Renew Moline.

Among major recent efforts Renew is leading is a completed 102-page Public Art and Placemaking Plan, commissioned by Renew Moline and the city.

It was presented to the City Council on March 30, but action on its recommendations was tabled until the last municipal election, which ushered in new leaders – including Mayor Sangeetha Rayapati – who took office May 1. 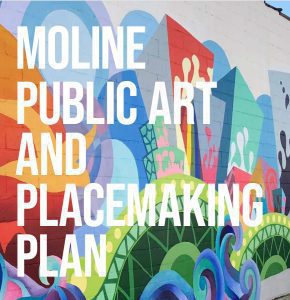 The 102-page Moline Public Art and Placemaking Plan is expected to be considered by the City Council on June 15.

A nine-member Public Art Steering Committee (formed in late 2019) guided the consultant selection and recommended Designing Local, based in Columbus, Ohio, which assembled the plan and has worked with similar projects nationwide.

Amanda Golden — an urban planner, principal in the firm and certified placemaker — got input from over 200 people for the plan, through surveys, in-person and virtual stakeholder meetings, including downtown merchants and residents.

On March 24, the Moline Plan Commission endorsed the public art plan, and commission chair Craig Mack (who’s also on the public art steering committee) commended Designing Local on the thoroughness of their work.

“By endorsing this public art policy, Moline will be the first community in the Quad-Cities to have a formal public art program,” Mack wrote to the City Council. “Diversity of the artwork will inspire our residents and will draw visitors to our community.”

Elias said the City Council is expected to vote on the plan on June 15. For more information on Renew, visit www.renewmoline.com.