Remember This If You’re Alone On Valentine’s Day…

I’ve had plenty of Valentine’s Days during which I’ve been dating someone or in a relationship, or just in a casual fling with someone, and some of those still remain good memories.

Some do not.
But most of them do, and that’s the way life goes.
Not everything is going to be fantastic 100 percent of the time. Sometimes things really sorta suck, and that’s just the way it goes. You can’t control other people and the way they feel, or, in some cases, the way they treat you, and the sooner you let go of the impulse to try to control others, the happier and lighter your life will be.
It’s the same concept behind dating and meeting other people, whether in the real world or, as is more usually the case nowadays, online.
A woman friend of mine was talking to me recently and asked me about a guy who had randomly ghosted her on a dating app. She sent me a screenshot of the conversation, as well as a couple other convos with other guys, who had also ghosted her, and wanted to get a man’s opinion on why she got ghosted and keeps getting ghosted.
(For those unfamiliar with the term, ghosting is when someone just stops messaging you back without any warning, goodbye, or sign off or indication whatsoever. They just… stop writing…) 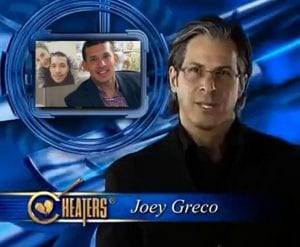 If you see this guy approaching you on Valentine’s Day, it’s not a good thing.

After I had stated that I can in no way speak for all men, and that as a human being in general I’m such an outlier in the way I think and behave that it didn’t surprise me in the least when a psychic once told me I was a space alien in human disguise, I told her not to bother worrying about it. Nothing in her conversations was “off putting” or intimidating in the least. They were just having random conversations and the guy split.

To everyone.
For one thing, if a guy was going to do that, he wasn’t worth her time or any of her concern. And for another, that’s just the way most people are these days. That is to say, most people are spineless, capricious, morons with the communication skills and attention spans of crack-addicted chimps.
I also shared with her some of the famous, horrible, terrible last lines I wrote to women that caused them to ghost me on dating apps:
“So, did you see the new Bill and Ted movie?”
“That’s cool. What led you to get into that as a career?” 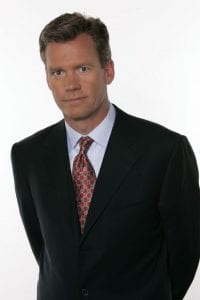 If you see this guy approaching you, it’s a far, far, worse thing.

Controversial, I know.
Folks, to quote the Mandalorian, THIS IS THE WAY.
This is the way people are right now. I don’t know what led to people being this strange, weak, and rude, but, they are. So it’s best not to really think too much about it. If someone ghosts you, THEY ARE A SPINELESS, INCONSIDERATE WUSS AND YOU ARE BETTER OFF WITHOUT THEM. Move on. We live in a world of eight billion people, there are plenty of others out there. Some of whom, believe it or not, are not spineless, inconsiderate wusses.
I know, that is hard to believe.
But, trust me, the odds have got to be in our favor. Right, Katniss?
So, no, I’m not going to sweat it.
Just like I’m not sweating being alone on Valentine’s Day.
Because you know what? Being alone or just being with your friends or your kids really isn’t so bad.
In fact, it’s often preferable to being with someone, especially if they’re a pain in the ass. Take a look at your Facebook feed, and look at all the “happy relationships” out there. And while you’re at it, look at Instagram and take a drink for every person you see posting some saccharine sweet thing about their relationship when you know for a fact one or both of them are cheating on the other.
It’s why I’ve been sans relationship, and just dating, keeping things light, for so long. I’m honest and up front about my intentions and expectations and remain so throughout to avoid any miscommunication or misunderstanding. You know, like an adult should be. If someone 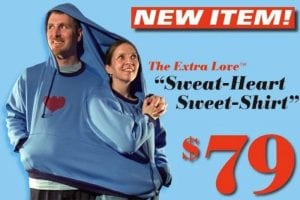 If you’re really looking for something romantic to give your honey, here’s the thing to totally get you laid.

isn’t interested, ok, cool, adios and I wish you the best. Lots of single fish in an ocean of eight billion. Moving on…

And I like the freedom. I do what I want, when I want, and take along the companions I want. If someone wants to come along for the ride and have some fun, cool. If not, that’s cool too. You do what what you want to do, I’ll do the same. I’m like Doctor Who, I travel through time one day at a time, pop up in different scenarios, take along companions for a while, we have some 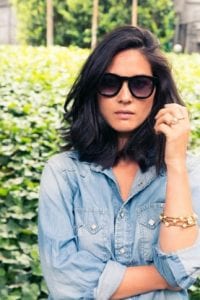 There she is hiding in my bushes and looking in my window again. Sigh. Ok, fine, I guess I’ll go out with you, Olivia Munn…

adventures, then we part ways amicably.

It’s really not such a bad way to be. In fact, it’s quite good.
And so, this Valentine’s Day, I’ll probably do as I’ve always done over the past 13 years if I’ve been single, and I’ll get a heart-shaped pizza and some Whitey’s with my son, and hang out with him and play soccer and video games and jenga and watch “The Last Dance” or “The Mandalorian” or “Cobra Kai” for the umpteenth time with him.
And it’ll be awesome. It’ll be fun.
Because when it comes down to it, the day is about love.
It’s about being with who you love. Celebrating that love, whether romantic or otherwise. And it’s about being happy.
So, do something for the people in your life who you love — and that should include yourself.
Have fun. Be happy. Celebrate the love you have in your life, regardless of who it’s with — significant other, friends, family, or whoever.
And remember one very important thing.
All those chocolates you see on those store shelves…
…are going to be very deeply discounted over the next week.
And they taste just as good, whether they’re heart shaped or not, so, enjoy that s**t.
Happy Valentine’s Day!
Advertisement

Sean Leary
Sean Leary is an author, director, artist, musician, producer and entrepreneur who has been writing professionally since debuting at age 11 in the pages of the Comics Buyers Guide. An honors graduate of the University of Southern California masters program, he has written over 50 books including the best-sellers The Arimathean, Every Number is Lucky to Someone and We Are All Characters.
See More Articles From Sean Leary
Tagged: #baddates#badvalentines#cheaters#cheating#ghosting#horribledates#seanleary#shotstotheheart#valentines#valentinesdaycobra kaiLoveromanceSean LearyValentine’s Day