A Column That John David Will Absolutely Love

It’s an odd trend in entertainment and pop culture, but strangely, there are a lot of creative, imaginative and cool creators named John and David.

Think of all the popular and/or pop culturally influential Johns.

And then there are the many Davids: 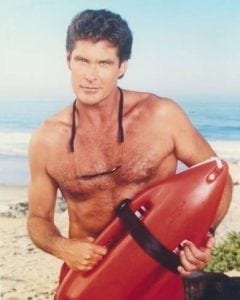 Of course, you could argue that it’s the law of averages, and that John and David are such common names that there are bound to be a lot of popular and influential entertainers with those names.

OK, but then where are all the Jims? How about the Bobs? Joes? Sure, there are some, but nowhere near as many as there are Johns and Davids.

For sake of argument, there aren’t many Seans either, but then again, Sean isn’t exactly a common name, outside Dublin. Of course, Sean is actually a Celtic offshoot of John, so I guess you can count the Seans under the Johns.

That, of course, brings up one Sean who is also a John, Sean John, aka P. Diddy, Diddy, Puff Daddy, Diddydiddybobiddybananafannafofiddydiddy, etc., who I guess you could put in the cool category, although his star has considerably dimmed, I think. But then again, I don’t really consider ostentatious consumption and demonstration of wealth to be an arbiter of cool. In all honesty, I thought Sean John was at his coolest during two periods in his life: 1.) when he was just hitting the scene with Biggie Smalls, and 2.) in the movie “Made,” with Vince Vaughn and Jon Favreau. I think those were the twin apexes of Diddy’s coolness. But I digress.

The coolest Sean was Sean Connery, the iconic James Bond, and Oscar-winning actor from “Untouchables,” and various other awesome films. I’m actually named after Sean Connery, because my Dad was a huge Bond fan. I was thisclose to being named Ian, but the movies won out over the books. I’m fine with that.

At any rate, I think there needs to be a greater Sean representation. But until I become a best-selling author and popular filmmaker (ha!), it’s all in the hands of Sean John and Sean Lennon.

We, the Sean Nation, are counting on you, guys.

Until then, it’s a world of Daves and Johns, and the rest of us are just living in it, being entertained by them.

Oh, and don’t forget the Ricks.

Sean Leary
Sean Leary is an author, director, artist, musician, producer and entrepreneur who has been writing professionally since debuting at age 11 in the pages of the Comics Buyers Guide. An honors graduate of the University of Southern California masters program, he has written over 50 books including the best-sellers The Arimathean, Every Number is Lucky to Someone and We Are All Characters.
See More Articles From Sean Leary
Tagged: davidsjohnsSean LearySean Leary column