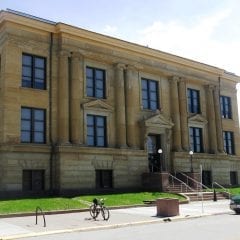 Progress continues to establish a new Rock Island Public Library (RIPL) branch inside the future Two Rivers YMCA facility at 2715 30th Street in Rock Island, including the announcement of an official name. The RIPL Board of Trustees has officially voted to name the future location as the Watts-Midtown Branch. The name was chosen to honor the enduring support shown to the library by the late Lorene Evans Watts, and her son, Eudell Watts, III, as former and current members of the library board. Watts was honored by the Library and the Rock Island Public Library Foundation at their recent Food for... Read More