Max Collins Still Having Bloody Good Fun As A Writer 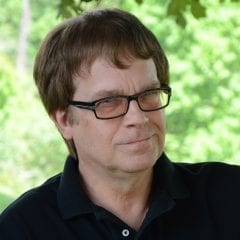 Max Collins has killed hundreds of people over the past four decades.   And, not only has he not been sent to prison, but they’ve given him awards, fame and fortune for it. The Muscatine author, who saw his novel “Road To Perdition” turned into an Oscar-nominated film and who was given the 2017 Grand Master Award for lifetime achievement as a fictional murderer, a maestro of mystery novels, is continuing to charm readers with his bloody fun exploits. MWA’s Grand Master Award represented the pinnacle of achievement in mystery writing and was established to acknowledge... Read More