Blue Cat Brew Pub in The District of Rock Island reopened in November of 2021 after a hiatus and name change. The brewery is already making a comeback in a big way, taking home multiple awards at the 2022 New York International Beer Competition.

The 11th annual NYIBC received over 700 submissions from over 15 countries and were judged by trade buyers. Beers were awarded medals based on how likely judges were to buy, distribute, or import the product. Blue Cat was awarded bronze medals for their Vino #2 Wild Ale and Papa Bear Scotch Ale, a silver medal for their Emersyn Juliet Hefeweizen, and a gold medal for their Finnegan’s Dry Irish Stout. They were also named “Illinois Irish Style Brewery of the Year” 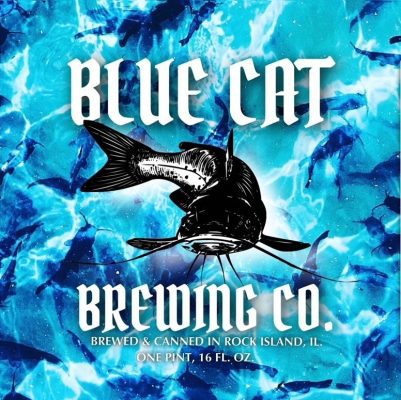 “I was shocked. These are the first awards I’ve ever won for brewing on a professional level.” Said Charlie Cole, Blue Cat’s Brewmaster and co-owner. “I was really surprised at being named Illinois Irish Style Brewery of the Year since this was the first Irish style beer I’ve ever brewed”.

Finnegan’s Dry Irish Stout is a recipe passed down by Blue Cat’s original Brewmaster, Dan Cleveland. This isn’t Finnegan’s first international award. It won a silver medal at the World Beer Championship in 1997. Blue Cat was awarded 16 total medals in the World Beer Championship in the 1990’s and early 2000’s, this is their first gold medal on an international level.

“I’m really proud to carry on the name and legacy of Blue Cat. It really feels good to continue brewing Dan’s recipes and see them still winning awards after all these years. It’s a lot different than winning awards for my own recipes.”

Emersyn Juliet is named after Charlie’s oldest daughter and Papa Bear is named after his grandfather. Finnegan’s was one of only 27 beers to win a gold medal.