Unimpaired (246 W 3rd Street Davenport), Iowa’s first and only non-alcoholic bar, will be kicking things off right with some live music this weekend. 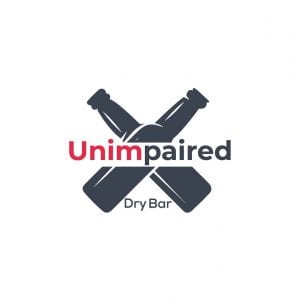 Looking to enjoy some live music in a social bar-setting while staying Unimpaired and feeling great the next day? Then make plans to head to this newest addition to downtown Davenport this Friday and Saturday night.

Live music will be provided by Lewis Knudsen on Friday Sep 4 from 6 – 9 p.m. Lewis Knudsen is a mixed-genre, multi-instrumentalist songwriter based in Rock Island, IL (Quad Cities). In the past few years Lewis has toured coast to coast in the US, as well as South Korea, Germany, Netherlands, Denmark, and the U.K. Lewis has opened for bands such as Amy Helm, Jesicca Hernandez, Nicholas David, and Davina and the Vagabonds.

Lewis’ most recent album “Philip” is enjoying airplay on Iowa Public Radio. In January of 2018, “All My Sins” was featured on FOX’s “UFC Road to the Octagon” and more TV/film placements are in the works. Lewis’ live repertoire includes over 500 songs, including covers from the ’50s – ’90s, as well as many original songs.

North of 40 takes the stage on Saturday Sep 5 from 9 p.m. – 12 a.m. North of 40 is an energetic country band playing your favorite top 40 and classic country songs.

North of 40 was started in January, 2011. Their first gig was at the Eagles Club in Rock Island, IL. They have played the smallest clubs along with the biggest stages and events in the QC and surrounding areas. They were the 1st Country Band to play the Wells Fargo Stage at the Bix Fest, have opened for national acts, played for a presidential candidate and former president, and named Best Band in the Quad Cities by the Quad City Times Readers Choice in 2014.

Tess Abney
Tess Abney was born and raised in the Quad Cities. Her passion for writing and entertainment was apparent at a very young age. Whether it is sharing local events and businesses with readers or sharing her thoughts on life, she finds comfort in the way words can bring people together.
See More Articles From Tess Abney
Advertisement
Tagged: Davenportdry barEventsLewis Knudsenlive musicNorth of 40Quad CitiesThings To DoUIPunimpaired