The area’s premiere drag show is back tonight at the Speakeasy, 1828 3rd Ave., Rock Island!

We’ve made some changes to the show and we know you’re going to love!

The first change is we are happy to welcome local comedian, Leslie Mitchell, who will serve as the show emcee that evening. Leslie is a hilarious comedian who’s performed both stand up and improv comedy throughout the Quad Cities and around the Midwest. Leslie recently finished second in our month-long Laugh Hard Comedy Competition & she will keep you laughing all night!

This is a great “girls night out” or perfect for a bachelorette party! Tickets are only $10 in advance and $12 day of for this two hour show! You must be 18 or older to attend – no exceptions. 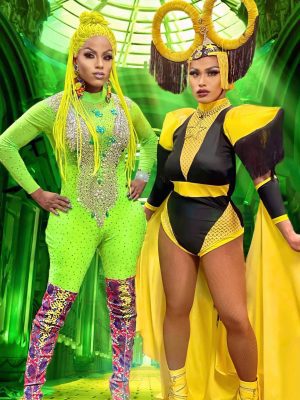 Tristan Tapscott
Tristan Layne Tapscott has been dubbed the “Quad Cities’ P.T. Barnum” and although the person who initially said it meant it as an insult, he happily accepts the title.
See More Articles From Tristan Tapscott
Tagged: Circa 21 Speakeasydrag show