Since Brianna Hobbs, new program director at Davenport-based River Music Experience, joined the staff in early June, the nonprofit has 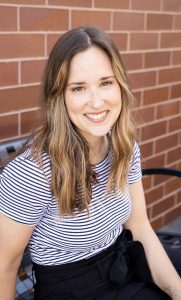 kicked it into high gear – adding some more staff and getting ready for the return of regular Redstone Room concerts in late August.

“We’ve worked with Valerie for years, and she recently moved with her husband to Arizona. As that time was coming, we worked together to make sure the popular Smooth Jazz Series would continue,” Danner said recently. “It now operates as an RME program, and Valerie is on our team leading that series. This year we plan to provide 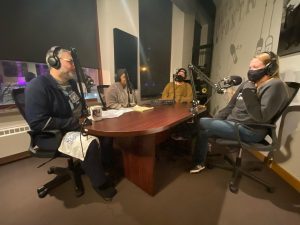 a concert in October (which will include an educational workshop with Davenport schools) and the traditional Valentine’s Day show.

“I’m so pleased we were able to provide a home for this 25-year-old series to make sure it continues – and that it can continue under Valerie’s leadership,” he said.

“It’s all about bringing musicians together (who usually don’t work together) to have great experiences and put on great shows,” Danner said. “These are usually tribute/cover shows. Like the upcoming August ‘Abbey Road’ show in Schwiebert Park. Al also hosts our All Sweat Podcast, which is a component of The Echo website.”

Sweet began the new podcast in February 2021, recorded at and produced by RME, with Underground Economy. 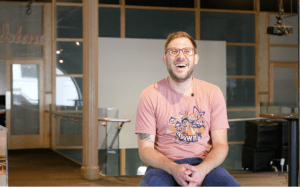 The All Sweat Productions live-music project was started in 2016 to bring a wide variety of local musicians together and has played tribute at Redstone Room to iconic artists such as Queen, Michael Jackson, Stevie Wonder, The Beatles’ “Abbey Road,” Prince’s “Purple Rain” and The Band’s “Last Waltz,” as well as soul legends Aretha Franklin and James Brown.

Ryan leads the roots rock/jam band The Dawn, and has been producing the Dawn and On Festival for some years now to great success, Danner said. “He brings a lot of experience and connections to the table. Sean will also play a leading role in how we build relationships throughout our regional music community, and how we support other venues and promoters,” he said.

Though Josh Graves – owner of The Underground Economy — isn’t an RME staff member, he runs the business on the second floor of RME’s home in the Redstone building (2nd and Main streets), and “is a great partner to us and we have been collaborating to present the 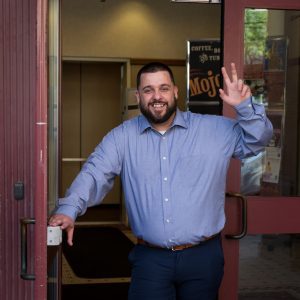 Josh Graves is owner of Underground Economy, located in the RME building at 2nd and Main streets, Davenport.

Underground Xperience Showcase, a quarterly feature of local artists focused on R&B, hip-hop, and spoken word,” Danner said. “We were able to do one of these right before the pandemic shutdown, and we’ll be starting them up again in September.”

“We’re very excited to have all these folks on our team,” the exec director said. “Each one brings a unique perspective and new relationships to the table. As RME continues to expand its reach, we’re focused on providing a broad variety of music and reaching more of our community with great musical experiences. We’re committed to building accessibility and inclusivity into every aspect of our community impact, whether the programs happen in our building or out in the community.”

Last month, Danner noted: “We took this opportunity to move forward in our strategic plans for the future, which involve viewing our educational programs and concerts as two parts of a unified whole,” he said of Hobbs’ new leadership position. “For too long, we have neglected an opportunity to approach our live music offerings as true community programs, beyond what we offer for ticketed shows in the Redstone Room.

“As the past year has shown us with the dramatic success of our Curbside Concerts program, there are many ways to reach people with fulfilling, community-centric music experiences,” he said.

“Brianna, as programs director, will guide all of RME’s community live music experiences and educational opportunities. Brianna brings great experience and perspective to our team — particularly in the area of arts program management — and a commitment to inclusion and

Tami Seitz of the Blackstones (seen here at RME’s Redstone Room) is looking forward to getting the band back together after over a year, for Live@Five this Friday in the RME courtyard.

access that will ensure that we are unrelenting in removing barriers to musical participation for all our fellow Quad Citizens.”

Hobbs said this week there are a couple things she’s especially excited about as new programs director (she came on as veteran RME couple Bret and Kate Dale, former education director and entertainment director, respectively, left the organization).

“One, the RME is at a point of reckoning,” Hobbs said. “As a relatively young organization, the RME has quickly evolved from a museum, to a venue, to a platform of support for the music sector throughout the QC. Under Tyson’s and the Board’s leadership, as well as the new members on the team, it feels as though we have all the pieces in place to move the organization to a place where authentically reflecting the needs of our community is at the core of what we do.

“Currently, we are striving to develop live programs that reflect those needs and, with so much good energy in the community, we’re at a great place of re-envisioning what our live performances can be,” she said.

“Two, the RME has historically focused on a narrow set of genres – primarily rock and blues — and I’m eager to see what programs come 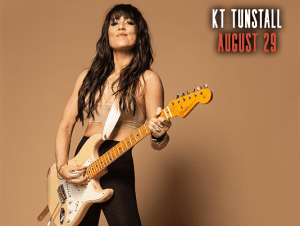 KT Tunstall will play the first regular concert back at the Redstone Room since Covid on Sunday, Aug. 29.

alive when we break out of that mold,” Hobbs said. “I’m excited to see how being more intentional about our live programs will help grow the relationships we have throughout the community. It’s also energizing to not only consider how our programs will be influenced when new voices and perspectives are welcomed but to think about how these new relationships will act as a catalyst to support the music sector as a whole.”

“I’m extremely excited for my new position here at the RME,” Sean Ryan said recently, of his leading the Live @ Five series in the courtyard as well as shows in the Redstone Room.

“We’re very much focused on moving out of our comfort zone, so to speak, here at the RME. One of the first things I’d like to focus on will be starting new relationships between the RME and other promoters in the area,” he said. 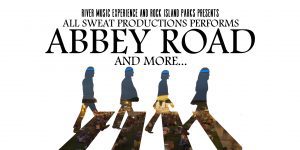 more than what has been in the past,” Ryan said.

The upcoming special events put on by the new team are:

Tunstall, a 46-year-old native of Edinburgh, Scotland, is an alternative rocker best known for her hits “Black Horse and The Cherry Tree,” and “Suddenly I See.” She will be opening for Hall & Oates in their summer tour, playing Davenport in between those concerts in Milwaukee 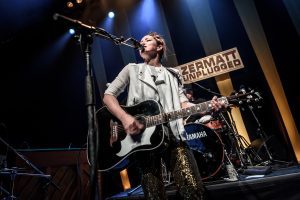 Tunstall, a 46-year-old Scotland native, is the opening act for the Hall & Oates U.S. summer tour, and opening for Rick Astley in a fall U.K. tour.

and St. Paul, and Tunstall will shift to opening for Rick Astley this fall in a U.K. tour.

Tickets for her Redstone show are $30 to $50, and available HERE.

The remaining Friday Live@Five outdoor shows at RME are:

For more on RME, visit www.rivermusicexperience.org.

Jonathan Turner
Jonathan Turner has been covering the Quad-Cities arts scene for 25 years, first as a reporter with the Dispatch and Rock Island Argus, and then as a reporter with the Quad City Times. Jonathan is also an accomplished actor and musician who has been seen frequently on local theater stages, including the Bucktown Revue and Black Box Theatre.
See More Articles From Jonathan Turner
Tagged: Alan SweetAll Sweat ProductionsBlackstonesbrianna hobbsjosh graveskt tunstalllauren crewRiver Music ExperienceRMESean Ryanthe echoTyson Danner