It’s fitting that one of the many things Davenport Junior Theatre (DJT) teaches is improv – for students to develop an ability to think quickly and imaginatively.

In light of the Covid-19 pandemic, the 69-year-old program of Davenport Parks and Recreation is doing its own improvising, by shifting programs online.

Since April, it has over 50 free videos on the “DJT Learning YouTube Channel” (on YouTube) that include lessons in theater and dance, tours, full productions, and much more. Starting June 1, DJT will offer 50 fee-based theater and dance classes using the Zoom platform. The classes – which will meet once a week for a month — are designed for kids ages 3-18. 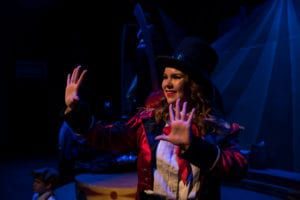 “Our first priority was developing robust, free programming that anyone can access,” said Daniel Sheridan, performing arts supervisor who oversees Junior Theatre. “Regardless of circumstances in the pandemic, it was essential that all kids have access to arts instruction for free.”

“Covid-19 will not keep us from finding ways to serve kids,” he said. “Junior Theatre has been around for nearly 70 years. We are a scrappy, innovative, resourceful and proud program that is manned by some of the most compassionate and talented professionals.

“We have to be creative in these times and find flexible programming that allows us to serve. Our digital session offers classes in the morning, late afternoon, and evening hours to serve various family needs,” Sheridan said.

Since programs and the DJT facility (2822 Eastern Ave., now closed) are supported by Davenport taxpayers, all Davenport residents receive 20% off the class registration fee (most capped at about $20 per class).

“It was really important for us to start getting content to kids who love theater and dance, who’ve been part of the program,” Sheridan said. “Regardless of their situation, so they can access that right away.”

“We’ve never done anything like this,” Sheridan said. “Under the four-week model, it really allowed us to get outside the box and think of new classes we wanted to offer. Also, because we don’t have a giant performance at the end in the theater, it freed us from necessarily getting a show ready. Just open up the format a bit.”

Junior Theatre Inc., the program’s non-profit partner, is funding the costs associated with the digital Zoom platform. This avoids that expense being passed along in the registration fees, Sheridan said.

Those who register for class will get a special packet with Zoom setup instructions and how to prepare a space for your child to learn and have fun. Each class will have between 8-12 students, like traditional in-person.

Last summer, DJT had about 500 registrations in summer classes, and over 300 in summer camps (which meet one week at a time in daylong sessions), Sheridan said. They canceled their first one, which was to start in mid-June. “It’s our hope that four out of our five camps will run,” he said.

Despite not working towards a full performance at the end of a class, with Zoom, “we still want to have kids interacting online,” Sheridan said. “They’ll get to know each other, see each other’s faces, just lacking being in the same room together.” 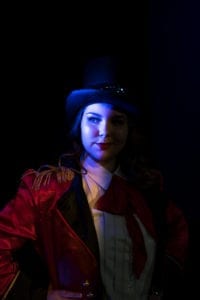 Junior Theater has offered a number of online classes and performances.

“Kids just love being there; they love learning and our engaging style of teaching,” he said. “The students will have fun either way. Getting them in that digital door will be that real trick.”

At the end of May, they plan to offer some free Zoom programs as a preview, to give people the chance to try it and see if they like it. Online classes also allow DJT alums, or students who live outside the area, to try them out, Sheridan said.

The classes are far more affordable than in-person, which typically charge around $140 for summer classes.

DJT has 16 instructors for the Zoom classes, and a usual summer would feature 75 to 80 classes, Sheridan said.

“We weren’t sure where things were headed exactly, and also, we just need to be more flexible so that – I don’t know just what the future brings.”

Cayla Odendahl, a Davenport Central junior, has spent more than half her life (since she was 9) involved in DJT classes, camps and mainstage productions.

“Theater is really important in my life. I have created a lot of friendships through theater; it’s helped me open up,” she said Friday. “It’s helped me find space to be comfortable being myself. Junior Theatre really opened me up. I’ve just really been happy there.”

A veteran of 10-plus productions, including working as assistant stage manager, Cayla said theater has “a lot of real-life applications,” including becoming more confident and in control. “And I just love performing; it’s just a lot of fun.”

She had a lead role in the 2018 production of “James and the Giant Peach.”

“I like it a lot when we have a local playwright,” Cayla said. “It’s a lot of fun to be the first person performing that. Usually when we get a local playwright, they really take into account what things work for us as a theater, and they’re well-suited for Junior Theatre.”

President of the Junior Board (made up of DJT youth), she will be help coordinate student registrations for Zoom classes, work with teachers, and answer any questions. 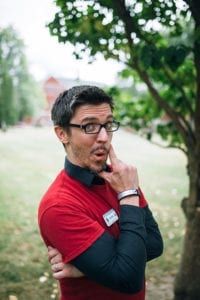 “I think it’s awesome,” Cayla said of online classes. “The thing I’m most excited about, anybody from anywhere can sign up. If there are family members from different states, they can totally participate in it. It’s totally cool. It’s important that kids are still learning.”

One part she’ll miss about this DJT summer is that they probably won’t get an out-of-town trip to see other theater, like they’ve done in past years to Chicago and Minneapolis. “This year will be different because of circumstances; we’re planning to do something else.”

The Junior Board actively raises funds throughout the year through the sale of concessions at Mainstage productions. They use these funds to create special projects, like out-of-town trips (Minneapolis 2014, Chicago 2015, Spring Green 2016, Great River Shakes Festival (MN) 2018, Minneapolis 2019), special productions (“A Midsummer Night’s Dream” 2011, “The Clown Who Ran Away” 2013, and student-directed one-acts 2017), and other special workshops and events, such as the annual Halloween Bash, started in 2011.

Making plans for rest of summer

Once the June session begins, DJT will announce a four-week July session. The goal is to be able to return to in-person programming in July, but leaders are open to continued digital options, Sheridan said. If in-person classes can resume but have to be cancelled suddenly due to an unforeseen circumstance, programs will be built to fall back on the digital option without interruption.

Space is limited, as class sizes are being kept small in order to serve students more effectively. To guarantee a spot, register soon at davenportjuniortheatre.org.

Founded in 1951, DJT is the second-oldest children’s theater in the country. During the year, it also hosts fully realized professional productions through its

Mainstage Company where all the actors and crew are kids. The program aspires to give every child the skills to communicate with clarity, confidence and creativity no matter where life leads.

Jonathan Turner
Jonathan Turner has been covering the Quad-Cities arts scene for 25 years, first as a reporter with the Dispatch and Rock Island Argus, and then as a reporter with the Quad City Times. Jonathan is also an accomplished actor and musician who has been seen frequently on local theater stages, including the Bucktown Revue and Black Box Theatre.
See More Articles From Jonathan Turner
Tagged: Daniel SheridanDavenportDavenport Junior TheaterJunior Theaterlocal theateronline classesonline theater