Home » Articles » Local » Want To Hear Your Favorite Radio Shows Back On The Air? 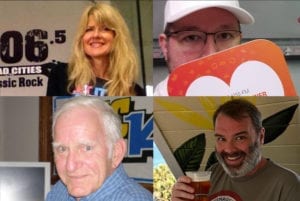 It’s rare in life that you get a do-over, but this could be one of those opportunities for recently fired local radio personalities and the fans of their shows.

According to the Des Moines Register, two shows and six jobs have been restored to local sports talk station KXnO, after those jobs and shows were cut earlier this week. Due to substantial fan outcry and outreach to the station deluging them with complaints, the jobs were restored.

Obviously, this means that, given enough community outcry and support from fans, that at least one station was able to re-hire their on-air personalities axed earlier this week due to national orders from I Heart Radio, which owns their station.

Earlier this week, a number of on-air staff was fired from the local I Heart stations, including WOC’s Jim Fisher and Dave Levora, Debbie McFadden of Mix 96 and Q106, Todd Alan of KISS-FM and Ron Evans of Mix 96.

If the action in Des Moines sets a precedent that enough community outcry could create a situation in which some on-air talent could be re-hired, it creates an opportunity for local fans of the on-air folks here to get re-hired. And if you’re interested in doing that, in getting your favorite personalities back on the air, we’re here to help.

Below is the contact information for the stations. Please feel free to call, email or contact them via social media letting them know how you feel about your favorites getting let go. Maybe if enough of you speak out about it, they’ll reconsider, and you’ll hear your favorites back on the air again.

IHeart Radio has been contacted for comment but was unavailable. For continuing coverage of this story, follow it on www.quadcities.com.

Sean Leary
Sean Leary is an author, director, artist, musician, producer and entrepreneur who has been writing professionally since debuting at age 11 in the pages of the Comics Buyers Guide. An honors graduate of the University of Southern California masters program, he has written over 50 books including the best-sellers The Arimathean, Every Number is Lucky to Someone and We Are All Characters.
See More Articles From Sean Leary
Tagged: Dave LevoraDebbie McFaddenDes Moines RegisterI Heart RadioiHeart RadioJim FisherKISSKXnOMix 96Q106Ron EvansTodd AlanWOC-AM