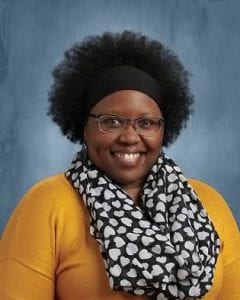 Is there a more fitting song for our tense, troubled times than “Together”, by the contemporary Christian act For King & Country? Its lyrics include:

“If you’re lookin’ for hope tonight, raise your hand
If you feelin’ alone and don’t understand
If you’re fightin’ in the fight of your life, then stand
We’re gonna make it through this hand-in-hand

“And if we fall, we will fall together.” 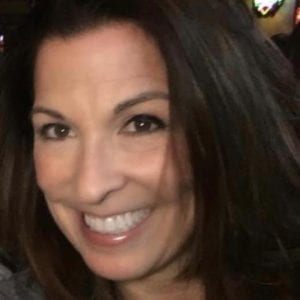 Bridget Jessen, CAA dance specialist, came up with the idea for the dance to the 2020 song “Together.”

Dance students with Sudlow Junior High School and the Creative Arts Academy (CAA) of the Quad Cities recently did an interpretive dance to the May 2020 song, made into an inspiring video for the Time Capsule of Hope project.

“Their dances in the video express their hopes for a better future for the Quad- Cities,” said Kimberly Woods, K-12 Talented and Gifted Facilitator, Sudlow Junior High School and the CAA. The Talented & Gifted program serves students who demonstrate outstanding abilities and intellectual/creative potential.

The video will receive its world premiere at 3 p.m. Monday, Jan. 11 on Paula Sands Live on KWQC-TV6. Kimberly Woods will be a guest on the show, along with Bridget Jessen, Dance Specialist at CAA, who edited the video.

“The initial campaign was the Time Capsule of Hope. This is something the Davenport Community School District and the city of Davenport partnered together, and because of 2020 and everything that ultimately has happened, they collaborated to come together with this initiative to bring hope back to the community, to our students,” Woods said Friday.

“I brought this initiative to my building, and Bridget, the CAA dance teacher, said this is a really cool initiative. Can my dance students be part of it?” she said. “I said, absolutely, because the more people involved is definitely what we want. We want to make sure that everybody’s dreams are a part of this, because ultimately these kids involved in this are literally are going to be part of history, because their dreams are gonna be planted in the time capsule.”

Jessen took it to her 8th grade students, and discussed how to showcase their hopes and dreams for the future, and they did an interpretive dance to “Together,” which features performers Kirk Franklin and Tori Kelly.

“She shared it with me and I was totally blown away,” Woods said of the finished video (which is over three minutes long). “The kids just really took it and ran with it and did such a good job, and she was like, it brought tears to my eyes, and I agreed.”

The Time Capsule of Hope project is a collaboration between the city of Davenport and Davenport school district.

She wanted the kids to be showcased even more, by getting it more exposure.

“It seems like we always hear negative things – whether it’s in our community, and I wanted to showcase something good, something positive,” Woods said. “This is really cool what they’ve done.”

There are eight student dancers in the video — in order of appearance: Ashley Laake, Kayla Brenauer, Melina Reinhardt, Elena Yassin, Hailey Korver, Keith Wright, Benny Jacobsmeier, and Emma Gullickson. The students danced in different locations – some at home, some at Sudlow’s dance studio, and some outdoors.

The Time Capsule of Hope is a Quad-Cities project that was launched in October 2020 by the city of Davenport, in partnership with Davenport Community Schools. The Covid-19 pandemic made 2020 a challenging year, but hope still remains in America’s communities. The time capsule is meant to highlight the hopes that Quad-Citians have for the future.

As part of the project, the community was asked to submit their hopes in the variety of creative ways. Those hopes are being collected by the Davenport Public Library and placed within a time capsule — which will be buried in Vander Veer Park this spring, next to a new tree planted in the park on Oct. 17, 2020.

The time capsule will be opened in 2036 as part of a celebration of Davenport’s 200th birthday.

Sarah Ott, chief strategy officer with the city, said Friday that submissions for the time capsule are due by Jan. 31.

“The submissions can come in a variety of ways; the video is wonderful as well,” she said. “We’re really hoping all the students can make a submission.” Forms and instructions for the time capsule can be found at davenportiowa.com/hope/. 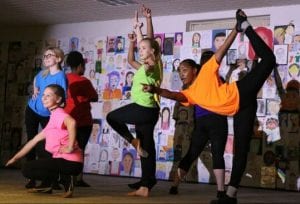 8th grade dancers from the Creative Arts Academy of the Quad Cities took part in the new video.

“I think coming out of 2020, we recognize there were significant challenges, not just in our community but in the country and the world,” Ott said. “Combined with the derecho, that significantly damaged our urban canopy. We’re not just planting trees, but we’re planting hope for the future. Coming out of 2020, we wanted to engage the community, asking what their hopes were for the future, and how we can work together to accomplish those.”

According to the city website, “Covid-19 has fundamentality shifted how we live, connect, and learn; disparity and inequity remain an issue for our community and future; the Derecho changed our urban landscape through the destruction of the urban canopy. Through it all, hope remains in our community and this event is meant to highlight the hopes that our citizens have for the future.”

The CAA has always been part of Sudlow, 1414 E. Locust St., Davenport, but starting last fall, they moved out of their former location downtown in the Ground Transportation Center (306 W. River Drive), consolidating at Sudlow to save money, Woods said.

The CAA – also based at Davenport Central High School — is available at no additional cost to any student from Iowa, those in Illinois are subject to pay a tuition, to cover money the state of Iowa would not receive since that student does not live within the state. Currently, the tuition runs about $6,700.

For more information, visit http://creativeartsacademyqc.weebly.com/. Following the Jan. 11 Paula Sands premiere, the CAA dance video will be available on the website of the Davenport Community School District, http://www.davenportschools.org.

Jonathan Turner
Jonathan Turner has been covering the Quad-Cities arts scene for 25 years, first as a reporter with the Dispatch and Rock Island Argus, and then as a reporter with the Quad City Times. Jonathan is also an accomplished actor and musician who has been seen frequently on local theater stages, including the Bucktown Revue and Black Box Theatre.
See More Articles From Jonathan Turner
Tagged: bridget jessencreative arts academyDavenport Community School Districtkimberly woodskirk franklintori kelly