The trio of musical acts who will light up the Adler Theatre stage Saturday, June 5, are not only all led by African-Americans, they also lead with tremendous talent, heart and soul.

Rising East Tennessee singer-songwriter Amythyst Kiah – who was electrifying in her May 6 TV appearance on “Jimmy Kimmel Live” – is the headliner, with Quad-Cities openers Ashley Dean and Soultru. The show (starting at 7:30 p.m.) is presented by The Adler Theatre Foundation Series in collaboration with Quad City Arts. 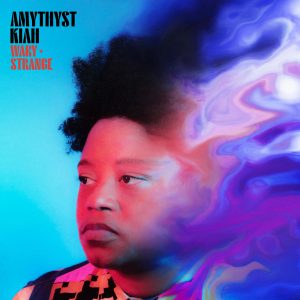 Kiah, a 34-year-old native of Chattanooga, Tenn., is looking forward to her very first Iowa appearance. It’s just the fifth date on her new tour, which started this week.

Since March 2020 until this month, Kiah performed for just two in-person shows, outdoors, in Virginia.

“Even though everybody was masked; everybody was separated and like, it obviously wasn’t exactly the same as it used to be, but it was still like being able to perform in front of people was just in any capacity, is where it’s at,” she said in a recent interview.

“Black Myself” (which she sang on Jimmy Kimmel) is the lead single off her forthcoming album and Rounder Records debut “Wary + Strange,” out June 18th. The radically reimagined version of her Grammy-nominated song departs from the mid-tempo acoustic original recorded in 2019 by Our Native Daughters, the all-women-of-color supergroup she co-founded with Rhiannon Giddens, Leyla McCalla and Allison Russell.

The track has been hailed by The New York Times, Rolling Stone, MTV, Billboard, and NPR, who called it a “breakthrough for an artist on the rise.”

Sean Leary
Sean Leary is an author, director, artist, musician, producer and entrepreneur who has been writing professionally since debuting at age 11 in the pages of the Comics Buyers Guide. An honors graduate of the University of Southern California masters program, he has written over 50 books including the best-sellers The Arimathean, Every Number is Lucky to Someone and We Are All Characters.
See More Articles From Sean Leary
Tagged: Adler TheaterAmythyst KiahDavenportlocal concerts