The Pulitzer Prize-winning play A Raisin in the Sun will be performed July 15-17 and July 22-24, 2022, at the Playcrafters Barn Theatre in Moline, IL.Written by Lorraine Hansberry in 1959, this play follows the internal conflicts and divergent dreams within the Younger family as they navigate their lives during a time of racial tension in the south side of Chicago. The themes explored in this production continue to be mirrored in our current era, a poignant reminder of the ongoing struggle for justice and the universality of the human experience.Listen to the conversation here with Director Gaye Shannon-Burnett about her lifelong love of theatre, the impact this play has had as the first Broadway production written by a Black woman, and the ongoing resonance that the Harlem Renaissance continues to have in our culture today.The title of the play, A Raisin in the Sun, is a reference to the poem “Harlem,” written by Langston Hughes.Performances begin at 7:30PM on Fri/Sat and 3PM on Sundays. Tickets and additional information can be found here. The Playcrafters Barn Theatre has been producing community theatre in the Quad Cities since 1929, and is located at 4950 35th Avenue in Moline, IL.

Listen to the conversation here with Dr. Gale Bell about the legacy of her late husband, the support and nourishment he received while growing up in Watertown, and about his album “The Jazz...

Listen to the conversation here with Pat Beréskin about the excitement she feels about her future, the legacy she has created as a long-time champion of the arts, and the unique position that the... 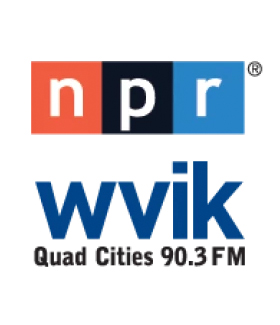