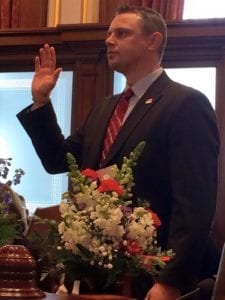 It’s an interesting and wide-ranging discussion with Neil Anderson, State Senator for the 36th District of Illinois, which includes the Quad-Cities. In his first time on the show, Neil discusses and debates a variety of topics with show host, Sean Leary, including gun control, fiduciary policies, legalization of marijuana and more. We also discuss the current state of business and taxes in the Quad-Cities and what to expect in the future as new policies come into place. It’s a lively and engaging discussion, and we hope you enjoy it!