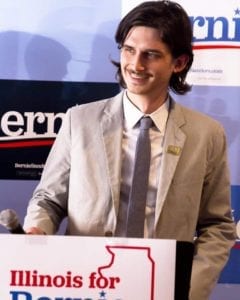 Sean Leary has a lengthy and interesting conversation with Rock Island alderman and social activist Dylan Parker about a variety of topics, including downtown Rock Island development, the courthouse controversy, how the legalization of marijuana could impact Rock Island and an in-depth discussion about Parker’s recent controversy tied into the use of discretionary funds to help out Rock Island not-for-profit organizations. The conversation goes beyond the sound-bites and severely edited snippets to give the full story and the whole context on that matter and many others, making for an intriguing and entertaining discussion.