Home » Columns » Tristan Tapscott » And The Oscar Nominees Will Be…

And The Oscar Nominees Will Be… 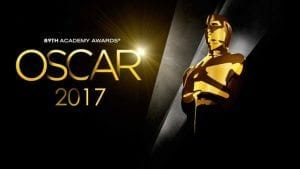 Oscar nominations will be announced January 24th and this day has always been (and still is) a little like Christmas morning for me. I love the hype, the excitement, the politics… I hate that I love it, but man oh man do I love show business. It’s totally cool to get stoked about this kind of thing! I’ve been so inspired by this year’s offerings and it safe to say this has been one of my favorite movie years since 2005-2006.

Here are my Academy Award nomination predictions for the Picture, Director, Actor and Actress categories:

Manchester by the Sea

The Academy can nominate up to 10 films but that doesn’t mean they will. I am guessing they will nominate the 8 most talked about films this season however, I could see the Scorsese epic Silence making the last minute cut. The other film to watch out for is Hidden Figures which has been picking some serious steam the last few weeks. Don’t be too surprised to see Loving or Jackie creeping its way into the line up.

Kenneth Lonergan, Manchester by the Sea

Some say Mel Gibson is a long shot here but I don’t think so. Sure, he has an interesting past but I don’t think that has anything to do with the talent he’s shown with Hacksaw Ridge. Some feel that Scorsese has no business in the line up as well. I disagree on both accounts. I am willing to bet I am in the minority on this one so I will throw in Lion’s Garth Davis and Arrival’s Denis Villeneuve as safer bets.

The other fella to look out for here is Denzel Washington: the fact that he gave that kind of performance while also directing this piece is impressive.

Casey Affleck, Manchester by the Sea

This is a fairly safe category, however, look out for Loving’s Joel Edgerton, The Lobster’s Colin Farrel or Nocturnal Animals’ Jake Gyllenhaal to sweep in for a surprise nomination. There’s always one in this category and could it be The Founder’s Michael Keaton? I would love for him to pull a Bradley Cooper but it’s highly unlikely. The other dark horse is Ryan Reynolds for Deadpool and I wouldn’t be mad about that.

Emily Blunt, The Girl on the Train

Again, I am in the minority thinking Emily Blunt might make the cut here. She gave one of my favorite performances of the year in The Girl on the Train and with her SAG nomination, I don’t think we can totally shut her out. I would not be too surprised if her name is read on the 24th. Huppert has a good shot at making the cut despite being shut out of a SAG and BAFTA nomination but 20th Century Women’s Annette Benning and Loving’s Ruth Negga have some steam behind them. In any other year, Benning and Negga would be strong contenders for the spot held by Streep but Dame Streep sealed the deal with her award worthy speech at the Globes.

Taylor-Johnson’s nomination is a safe bet due to his surprising win at the Globes. His nomination over Shannon is still up for much debate but here he is. The rest of the line up is solid and I can’t see anyone coming along to shake it up. Manchester’s Lucas Hedges or Silence’s Adam Driver could slide in unexpectedly but don’t bet too much on it.

Michelle Williams, Manchester By The Sea

This is a pretty solid and stable category. And it’s safe to say VIOLA will finally get her Oscar! GO VIOLA! Watch out for a surprise nomination here with Greta Gerwig. Her turns in Jackie and 20th Century Women definitely have some traction.

There you have it! We will see how I measured up on Tuesday and I will then make my predictions for how the awards will shake down. It will be fun to see what surprises there are in store for us! Happy guessing!

Tristan Tapscott
Tristan Layne Tapscott has been dubbed the “Quad Cities’ P.T. Barnum” and although the person who initially said it meant it as an insult, he happily accepts the title.
See More Articles From Tristan Tapscott
Tagged: 2017 Academy Awards2017 OscarsAcademy AwardsLa La LandMoonlightOscars