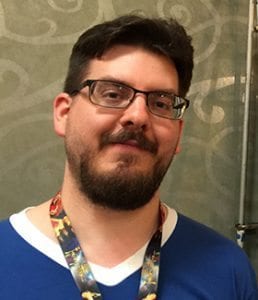 As I mentioned in my last article I headed to the new location of Tim’s Corner to check out the new digs and talk to the owner. First off I’d like to mention that the parking situation in the Hilltop District is just as hectic as it’s always been, somewhat worse given that a section of 14th Street is closed off since the old building is unstable and is being propped up by wooded planks. So, I had to circle around a bit to find a parking spot. In the end I saw that their new location at 1303 30th St Rock Island had parking in the back, but if you plan to venture there in the future don’t count on that. It’s pretty small and as Don Lulow, who was running the store when I entered that afternoon said, if you filled the parking lot you wouldn’t have enough room to leave. I only learned later that the Hilltop was running their “Antique Island Shop Hop”, which accounted for the heavy traffic.

Inside the store is very bright and roomy. Part of that comes from the fact that the ceilings in the new location are much higher than in the old store, which I could have touched without extending my arm up all the way. The bright factor is partially because the new store has fluorescent light fixtures and partly because in the Tim’s Corner of old the windows where covered with posters, art and advertising.

While there I spoke with Don Lulow, who was in the former building when the explosion happened, and Marty Hancock, who was helping with unpacking that Saturday. 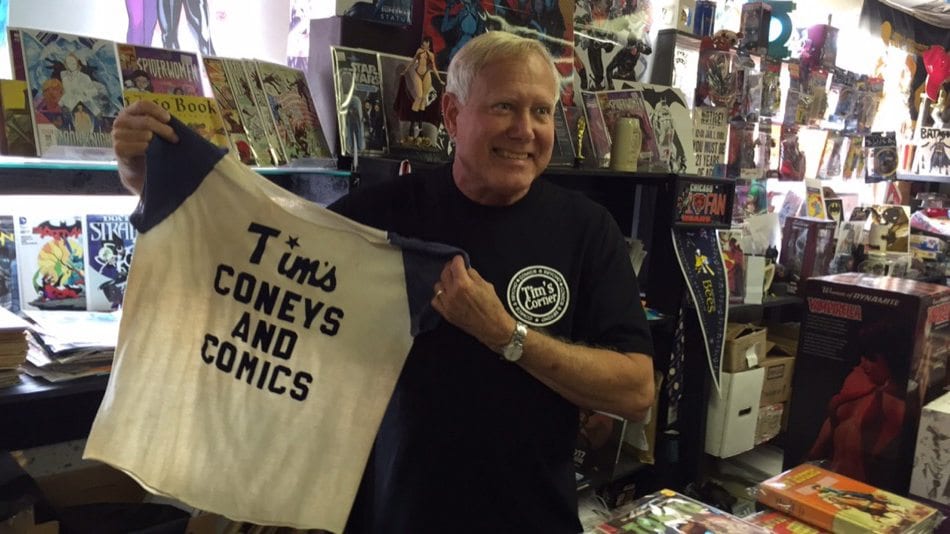 I asked Don what happened that Saturday. “I thought a car had hit the building”, he said. He went outside and called to Machelle Jeuring, the owner of Vintage Rose, where the explosion happened, to make sure they were OK. “I thought they were dead”, he told me.  After Don confirmed everyone was alive, he checked on his car which was parked nearby and given that brickwork was strewn across the road, he checked it for damage, but his car was fine.

After emergency services finished, insurance companies where called and arrangements started being made to get things moved. “Cool Bean offered to run Tim’s from their store”, Don informed me and he “knew people who knew people” that “could have stored for free” the store’s merchandise. “Everyone pitched in.”

I asked how long things took to move into their new digs. After the explosion Monday at noon, they were moved in by 10:30pm thanks to Blaze Construction. “They broke for dinner”, Don told me, but otherwise worked nine and a half hours to get everything done. On Tuesday they sorted through boxes and crates looking for things and preparing for new comic books to hit the shelves on Wednesday. “Wednesday was a mess”, Mr. Lulow said. “The shelves were bare.” Throughout this Tim Cederoth, the owner of Tim’s Corner, who I missed by an hour and a half on Saturday, has been recovering from surgery. They were lucky that the Sunshine was so close, though it had been “empty for a year, year and a half” as Don explained it.

Finally I asked if Don was done talking about it. He confirmed that he was “sick” of talking about the explosion. Though he said to me to make sure everyone knows that “Tim is extremely appreciative of the Hilltop family”.

Ryan Franks
Ryan Franks has been into comics for as long as he can remember. He first started collecting back in 1993.It didn't become an obsession until 2009, but still remains one...
See More Articles From Ryan Franks
Tagged: College Hillcomic book columnHilltop DistrictRock IslandRyan FranksTim’s Corner