You’ll Be Cold Busted If You Don’t Check Out The Video You Deserve!

Its Monday, and you know what that means.

That’s right. It’s time for The Video You Deserve.

Mondays can be pretty dismal and dingy. And really, so is the subject matter of this song and video, but it’s so damn cheesy and goofy that it transcends what should and could be a much sadder subject.

The subject is infidelity, the cold harshness of that freezing rain of a no-good cheating partner falling on you, before you walk in, cut up all their credit cards, and take back that $3700 lynx coat you got them, which is preferable to jammy flat-blasting both of them.

Or, at least, that’s what Oran “Juice” Jones would do, if this video is any indication.

Although now, Juice is best known as a one-hit wonder, when he first splashed down in 1986, he 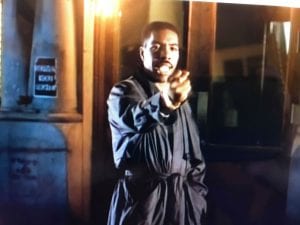 was a trailblazer. He was the first non-hip hop artist signed to Def Jam Records by founder Russell Simmons, who also produced “The Rain.” He was also one of the first acts to achieve huge crossover success on the label, not only hitting number one on the r&b chart, but also cracking the top ten of the American pop chart, and the top five of the UK pop chart. As it turned out, 1986 was a massive breakout year for Def Jam, as it was also the same year their flagship act, Run DMC, finally crossed over to the pop charts with “Walk This Way.” But I digress…

Aside from the irresistible groove, the killer hook, and the smooth r&b chorus, “The Rain” hit upon a very familiar topic to most, and, of course, there was the video, which was so distinct it became an instant classic on MTV and VH1.

In the vid, Jones, gigantic mustache and all, follows around his partner as she cavorts with a suspicious character in a romantic liaison. Not one to call up Joey Greco and the crew from “Cheaters,” Juice digs up the dirt himself, watching her from afar as she double-times him.

But, while Juice, as he so eloquently puts it, feels like he wants to jammy flat-blast both of them, he chills, and gets his own particular brand of revenge. And when she comes home, he delivers the following smackdown to that lowdown cheating thot: 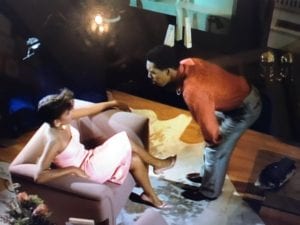 The universal body language of “you cold busted.”

Hey, hey, baby, how you doin’, come on in here
Got some hot chocolate on the stove waitin’ for ya
Listen, first things first, let me hang up that coat
Yeah, ‘n’ how’s your day today, did ya miss me?
Oh, you did, yeah, I missed you, too
I missed you so much I followed you today
That’s right
Now close your mouth
Cause you cold busted
That’s right, now sit down here
Sit down here
So upset with you I don’t know what to do
‘n’ my first impulse was to run up on you
And do a Rambo
Whip out the jammy and flat-blast both of you
But I ain’t wanna mess up this thirty-seven hundred dollar lynx coat
So instead, I chilled
That’s right, chilled, then I went to the bank 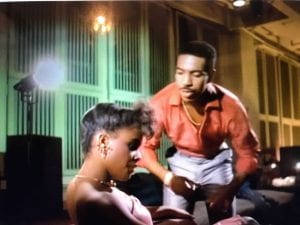 Took out every dime
And then I went and canceled all those credit cards
Yeah
All your charge accounts
Yeah
I stuck you up for every piece of jewelry I ever bought you
Yeah
That’s right, everything
Everything
Did fool out with me
Naw, don’t go, you ever go, don’t go looking in that closet
Cause you ain’t got nothing in there
Everything you came here with–

Is packe dup and waiting for you in the guest room
That’s right, what was you thinking about, huh?
What were you tryin’ to prove, huh?
You’s with the Juice
‘n’ I gave you silk suits, Gucci handbags, blue diamonds
I gave you things you couldn’t even pronounce
Now I can’t give you nothin’ but advice
Cause you’re still young
That’s right, you’re still young
I hope you learn a valuable lesson from all this
You know? 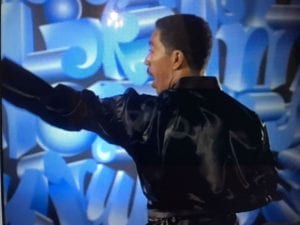 Gonna find someone like me one of these days
Until then, know what you gotta do?
You gotta get on outta here with that
Alley-cat-coat wearin’
Hush-puppy-shoe-wearing’
Crumb cake I saw you with
Cause you dismissed
That’s right, silly rabbit
Tricks are made for kids, don’t you know that?
You without me: like cornflake without the milk
It’s my world–you just a squirrel, tryin’ to get a nut
Now get on outta here
Ah!
Don’t touch that coat!

Unfortunately, Jones never had another hit. He literally never hit the hot 100 again on either side of the Atlantic. But we’ll always have “The Rain,” and he’ll always have the royalties from that one massive hit. He also doesn’t seem to be too heartbroken over it. During an airing of VH-1’s “Greatest One-Hit Wonders of the ‘80s,” Juice was asked about his status as a literal one-hit wonder, and he countered, saying, “Oran ‘Juice’ Jones, he came, he saw, he conquered, he moved on. You dig?”