Davenport isn’t out of it yet though — they will move to the elimination bracket to play Northwest (Bonney Lake, Washington).

The game started off promisingly for Davenport, as they opened the scoring in the top of the first after a two-out Greyson Ballinger RBI single.

However, Great Lakes came back with four runs in the bottom of that opening inning, thanks to a Kaden Hall RBI double, a Heath Johnson bases-loaded walk and a Clark Thornburg two-RBI single. 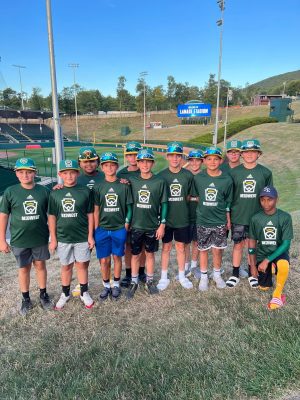 Great Lakes poured it on with three more in the second off a Graham Vinson RBI double, a Hayden Moore RBI single and a Nolan Cheeseman run on a wild pitch.

However, even down six runs, Davenport refused to give up!

The local boys flashed some major lumber, scoring four runs in the third inning off a Ballinger RBI single and a pair of errors. A Ted Swanson RBI single and a Mason McFate sacrifice fly tied the game in the fourth inning.

No runs were scored until the bottom of the sixth. A pair of walks put Great Lakes runners on first and second with one out. Hall hit the ball up the middle, but it was snagged and led to a double-play attempt. The force at second was good for the second out, but Preston Allred scored on an overthrow to first.

Davenport can still move on, but they’ve got to win out to do so. Go Southeast!

This is the first time since 1975 that a team from Southeast Little League has made it to the LLWS. They are asking for support to help defray expenses for our player’s families to attend games in Williamsport, Pa. Please consider a donation to our team as these players pursue their dream of winning the LLWS!!
For more information check out the Southeast Facebook page! 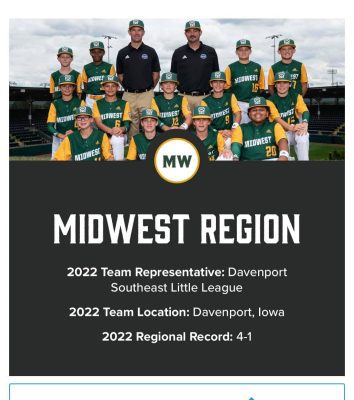