The new Raccoon Motel live-music venue is back in business, at 315 E. 2nd St., Davenport, had a very busy first week and is looking forward to hometown favorite Lissie to return in a show Monday, Aug. 9 at 8 p.m.

Last December, Lissie released a new 5-song EP of covers, “Thank You to the Flowers.”

On Aug. 3, Lissie posted on Facebook: “VERY excited to be playing at the new Raccoon Motel in my nearly hometown next Monday!” Over the past year, she released a new EP, “Thank You to the Flowers,” and on Aug. 20 will release a 10th-anniversary edition of her debut disc, “Catching a Tiger” (with five bonus tracks).

McDermott, the director of business development at Landjet who’s friends with original and current Raccoon Motel music booker Sean Moeller, partnered with Moeller and Eric Swanson to resurrect the 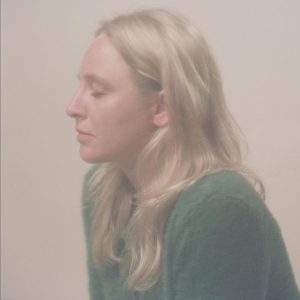 Rock Island native Lissie will play at the Raccoon on Monday, Aug. 9 at 8 p.m.

McDermott was a fan of the old Raccoon (which was not an actual motel, but had the full name Triple Crown Whiskey Bar and Raccoon Motel) and wanted to stay in downtown Davenport. Renovations in the interior of the historic East 2nd Street space (which has a capacity of about 200, twice the size of the old venue) went down to the wire, enabling them to open Friday, July 30, McDermott said.

“The first week has been beyond successful, as far as we’re concerned,” he said. “The state, the city, the county, everyone was pulling in the same direction, allowing us to get open.” He credited the tireless work of contractors, including Rymak Construction, Superior Plumbing, Century Electric, Tri-City Electric and Iowa American Water, as well as the Davenport fire marshal, among other officials.

“Covid has definitely crushed the music industry, for a lot of independent venues,” McDermott said, noting it’s been easier to book independent artists here, compared to many larger cities.

“We’ve got a little more flexibility, in the state of Iowa, being a little more rural, it makes sense for us to come back,” he said. “If I was in a 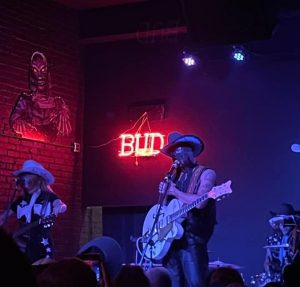 bigger market, I’d be a little more apprehensive to get one of these things off the ground.”

The Raccoon saw a great reception for country artist Orville Peck, who played three sold-out shows – July 31, Aug. 1 and 3. Peck himself is known for wearing a fringed mask, and not showing his face publicly.

“It’s pretty impressive the reception we’ve received from the get-go,” McDermott said, noting Lissie is about half sold out so far. The Raccoon has a separate bar area, from the performance space, which was important for talent buyer Sean Moeller – who has years of experience booking for the former Daytrotter, The Rust Belt in East Moline and Codfish Hollow Barnstormers outside Maquoketa, Iowa.

“There are plenty of places where people are just there to have a party. That’s fine, but I think 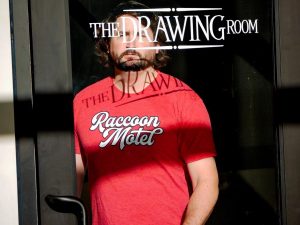 we’ll be able to control it here just by having the bar and the venue as separate entities,” Moeller recently told The Echo music site. “You have to come out of the venue to the bar to get a drink. It’s going to cut down a lot of the noise, which I think a lot of people are really going to enjoy. I don’t think that separation is necessarily an industry standard. The idea is you sell drinks to 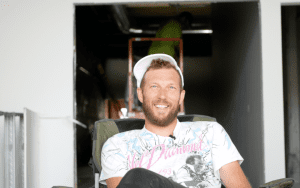 As he did with the old Raccoon Motel (2017-19), Sean Moeller is the main concert booker for the live-music venue.

keep things going, but I want this place to also be a listening room.

“It’s not going to be so jam-packed that a show is going to feel claustrophobic, definitely not like it did before,” he said of the new Raccoon. “There’s going to be a lot of ease of motion in this new venue. I think we’re going to be one of everybody’s favorite stops on tour again, which is going to be great.”

“I think if I can be more conscientious of programming things for everyone, they’re going to find their way in the door, and then they’re going to see that this is a place for them,” Moeller said. “I think there were a lot of people that really loved the concept and everything that was going on at the old Motel, who now get another chance. Maybe that leads to others who never thought that they could come to a show there. Maybe this will feel like it’s just a big warm hug for everyone.”

Tickets for Lissie (with Chris Porterfield) are $20, available at www.tixr.com/groups/raccoonmotel/events/lissie-28079. 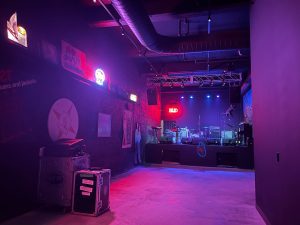