Get Groovy With Smooth Groove In East Moline On July 4!

Get groovy with Smooth Groove as they headline an outdoor concert in Downtown East Moline on July 4!

Party goers can find all the details here: 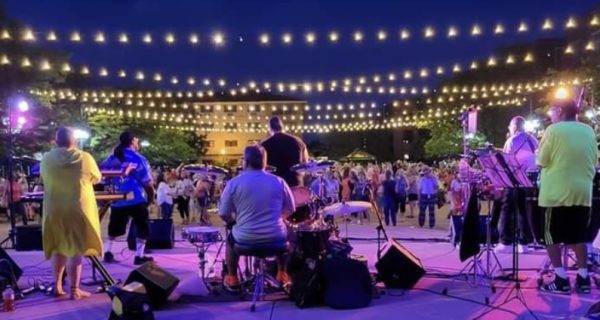 Smooth Groove was created in 2000, by Ruben Sierra. They have had the pleasure and honor of opening for The Travoltas, War, KC and The Sunshine Band, The Shagalalic’s and have performed for many festivals, events, weddings, fundraisers, at every Casino in the Quad City area, and have headlined for the Red White and Boom at Schwiebert Park in Rock Island, IL for several years.

The five vocalist at the present time, can each take the lead, while four part harmonies in the background blend to perfection.  Besides the vocals, the Latin beat adds that extra flavor, that separates Smooth Groove from other groups of musicians.  They strive for being the best they can be, and are dedicated to practicing regularly.  Currently, the band covers songs and artists which includes Santana, Bruno Mars, Prince, Shakira, Rick James, Pharrell, Miami Sound Machine, The Dazz Band, A Taste of Honey, War, ZZ Top, The Isley, Brothers, Los Lonely Boys, Ohio Players, and many more.

Smooth Groove’s vocal harmonies, spicy latin beat and their versatility in the styles of music they perform, puts them in a category all of their own!  Smooth Groove has had many talented musicians who all have played a part to the success of this group.  They are humbled by being categorized as positive role models for the younger generation, and other musicians.

They are the “must see” band in the Quad Cities!