The Family Museum, 2900 Learning Campus Drive, Bettendorf, will save about $300,000 by closing two weeks in August, furloughing its staff, and leaving nine open jobs unfilled, among other budget cuts.

The city-owned museum – which reopened May 22 after closing nine weeks due to Covid-19 — will be closed Aug. 9-23, due to a decrease in attendance and revenue since reopening. The decision by director Kim Kidwell was made with guidance from the city of Bettendorf administration and city finance department, to help ensure the future of museum programs and activities. 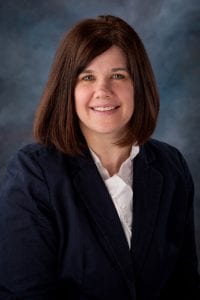 “Just looking at our recent numbers and trends of children’s museums and cultural institutions in this climate, I really wanted to plan ahead for this fiscal year,” Kidwell said Friday, noting the year began July 1.

After reopening, “we just haven’t seen attendance we thought we were going to see,” she said. “We weren’t really sure what to expect. Just sort of looking ahead to this year, we normally have a number of signature events – Scarecrow Shenanigans, Winterfest, Noon Year’s Eve. All of those things will not be able to happen this year.”

Noon Year’s Eve (Dec. 31) and the Scarecrow event in October draw over 2,500 people between the two, with half museum members, Kidwell said. They hope to provide alternatives to those events.

Since reopening, the museum only has seen about 25 percent attendance compared to normal, with over 80 percent of that members, who get in free, Kidwell said. The Family Museum has 2,000 total members.

She said she’s seen similar attendance trends now in museums throughout Iowa and the nation. “There are museums that tried to reopen, and now just going to close down until it’s safe and then reopen,” Kidwell said. “There’s definitely some tough decisions going on in cultural institutions across the country.”

“The grant money and funding is difficult to come by, because there are so many institutions and small businesses needing it, that it’s really hard,” she said. “In the Quad-Cities, we have a nice, robust cultural community, with a lot of arts and things, which is awesome, but when it comes to competing, it’s hard. It’s definitely a challenging time.” 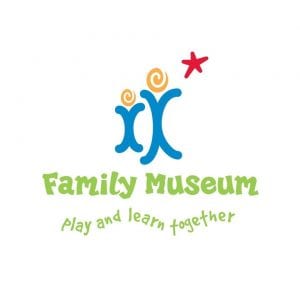 In an American Alliance of Museums survey in July, of 760 museum directors, 33% of them said there was either a “significant risk” of closing permanently by next fall or that they didn’t know if their institutions would survive.

Since Iowa Gov. Kim Reynolds allowed museums to re-open (among other places) on May 22, the Family Museum opened that day, while the Figge Art Museum opened June 9, following members-only opening June 6 and 7 (the German American Heritage Center in Davenport opened later in June, and the Putnam Museum by mid-July).

The Family Museum used the two-month closure to completely clean the facility, do needed renovations and train staff in disinfecting and safety guidelines. Props like plastic phones and cups that kids would use were removed, and remaining items are rotated and cleaned constantly, Kidwell said. All staff wear masks, and parents are encouraged, but not required to.

The museum initially limited guests to 75 at a time. On May 23, the museum had a total of 90 people, compared to 200-300 on a typical Saturday, Kidwell said. In recent weeks, the museum has had just 12 to 20 visitors some days, she said.

Beginning July 23, masks have been required for all visitors and class attendees age 10 and up. Masks are also strongly encouraged for children 2-10, but not required. Masks for those who do not have one are available at the Welcome Desk. And up to 150 guests will be permitted in the museum at any given time. 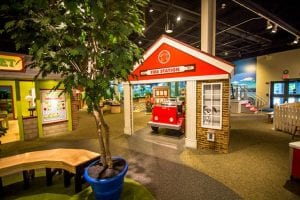 The interior of the Family Museum, Bettendorf.

The use of face coverings was required at city facilities at the Bettendorf Learning Campus for all independent visitors age 10 and older, as recommended by the CDC and local health authorities. Face coverings should cover the nose and mouth, and are available to the public upon request.

Museum staff has been wearing masks, but the city first felt after reopening, “they were not sure it was their place to have a mandate for people visiting city entities,” Kidwell said. “With this recent uptick in Scott County in cases since the full reopening over the summer, they thought seeing as how the library and museum gets the most outside public visitors, that would be a good thing to put in place, to make people feel a little more safe.”

“Almost everywhere you go now, you have to wear one, trying to make this community safer,” she said. “They decided to push that through with our boards.”

“It’s that time of Covid when you have to get creative, reach your audience and make people feel safe. It’s a constant struggle; we want our families to be safe.”

“I completely understand that,” Kidwell said. “Maybe we can do some things to help them feel safer when they come. We are cleaning, we are limiting capacity, doing what we can. It’s a really uncertain time and some people might not have that disposable income to visit places like us. I get it.”

The revenue loss has hit the museum hard from all angles.

“When we shut down in March, we have a preschool program, a dance program, and since we had to end those early, we gave a lot of credits back to our students to pro-rate them for the rest of the year,” Kidwell said. “A lot of those who are returning this year will start with a credit on their account, so our expected revenue for those sources also will be down.”

They normally get income from outreach into schools, but probably won’t have much of that this fall, she said, and field trip revenue will be cut. “I don’t know if schools are going to allow their kids to come here this year,” she said.

“I want to be proactive instead of reactive,” Kidwell said. “We are the highest revenue source, enterprise fund for the city, and so when those revenue sources aren’t coming in, that poses to be the biggest problem. It’s up to us to come up with a plan, to figure out how we want to position ourselves this year so we can survive with the amount of revenue we’re expected to have.” 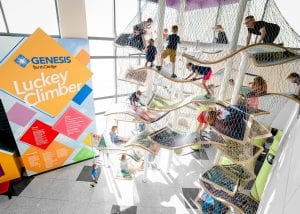 “We want to do the best we can to provide programming to the public and be a resource for the community,” she said.

“We are getting creative and getting by with the staff that we have,” Kidwell said, noting they have 24 employees remaining. The museum also will close on Sundays following Aug. 24, partly since attendance has been low those days.

“Our staff is a dedicated, passionate bunch of people who love what they do, love the Family Museum,” she said. “I’ve been lucky they’ve been willing to step up and do different things.”

The museum hopes to save $300,000 altogether, with the two-week furlough, hiring freeze and cutting purchase of supplies, staff travel, training, and advertising, she said.

“That puts us in pretty good position going into the school year and we’re going to find some more creative ways to build revenue,” Kidwell said.

The Bettendorf school board may make a decision Monday on the coming year, whether it’s a hybrid of in-person and online learning, she said. “No matter what they decide, it’s going to be a problem. I can sympathize with that. We’re actually talking about providing some alternate programming if they happen to go with a hybrid, on the days the kids aren’t in school, could we provide some science, art, homework help type of programming for them? That might be an option for us.”

“We’re lucky we do have a large volunteer base, so we hope to bring more of our volunteers back,” Kidwell said. “We rely a lot on our volunteers and they have not been able to come since we’ve reopened, just for safety reasons and the amount of people we have in the building.”