In this bitterly cold winter of our discontent, the Quad City Symphony Orchestra transports us to warm, bright musical landscapes in its latest digital concert.

In a program literally focused on youth, the concert (recorded without an audience at Davenport’s Adler Theatre) features Felix 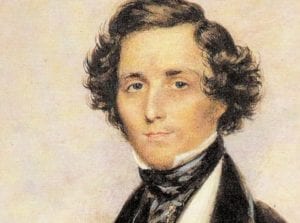 Mendelssohn’s musical exploration of Italy’s culture and countryside in his joyful and energetic “Italian” Symphony.

The QCSO concert will debut online Sunday, Feb. 7 at 2 p.m., via the QCSO’s Uscreen Channel. To ensure the highest quality video and audio experience and that the stream airs uninterrupted, the live stream will be a recording of the Saturday evening performance.

Tickets are $40 per household, and digital access will be available to stream for 30 days (until March 9). Before the premiere, you will receive information about logging in to the QCSO Uscreen platform by email.

Linda Phan — a student at Riverdale Heights Elementary in Bettendorf – has been playing the violin for 6 years and the piano for 5 years. During the two years (September 2017 – April 2019) studying at the Vietnam National Academy of Music, she played as a soloist three times with its orchestra, the Junior Maius Orchestra, and the Sun Symphony Orchestra. 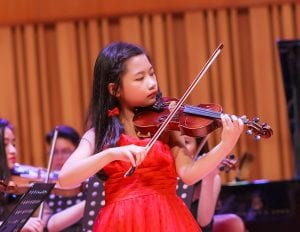 Linda Phan, a student at Riverdale Heights Elementary in Bettendorf, will play the first movement of the Mozart 3rd Violin Concerto with the QCSO.

She received the second prize at the Chiang Mai Ginastera International Music Festival in Thailand in 2018.

That same month, Linda was one of two students who won prizes in the Quad City Symphony Youth Ensembles annual Concerto Competition, out of 15 Youth Symphony Orchestra members who auditioned in December 2019.

She was to perform the Mozart Third Violin Concerto at the annual QCSO/QCSYE Side-by-Side Concert on April 19, 2020, which was canceled due to Covid.

This weekend’s QCSO program features three youthful works from immortal composers who were each child prodigies. Differences in social class and changes in society around the turn of the 19th century meant that their careers had drastically different trajectories, Q-C composer 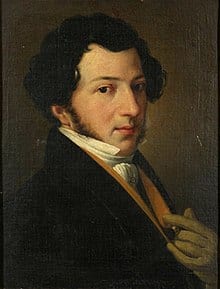 Rossini and Mozart were born into working families of musicians, and both sought careers in the family business — Mozart in the courts of Salzburg and the Austrian Empire, and Rossini in the busy, Hollywood-like hothouse of Italian opera.

Rossini’s sonata (written when he was just 12, in 1804) has never been performed before by QCSO.

The Italian composer described these works as “six terrible sonatas,” composed “before I even had any lessons in basso continuo” (that is, before beginning the formal study of harmony). He also claimed to have written them in three days, though this may also have been a tongue-in-cheek exaggeration, the program says.

“One might expect that such facility with quartets would lead Rossini to write more significant works of chamber music as his career developed, but in fact his most important works would all be operas,” Bancks wrote. “Whether joking or not, Rossini exhibited a kind of self-consciousness when writing outside the theatre; aside from these ‘six terrible sonatas,’ he did compose a Mass late in life (‘Is this sacred music,’ he asked in a flippant prayer to God, ‘or have I written music of the devil?’),” and also near the end of his life he assembled a chamber collection sardonically titled Péchés de vieillesse (“Sins of Old Age”).

The sonata contains intriguing parts for the double bass, including the second (Andantino) where the bass seems to lull the entire ensemble 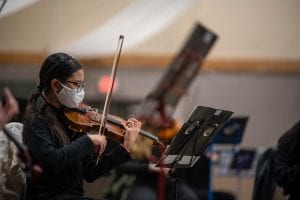 to sleep with a motive resembling a languid version of the “Jaws” theme, the program says. The brisk concluding movement (Allegro), with a mix of good-humored melodies and fiery scales, has moments strikingly similar to Rossini’s later operatic overtures.

Mozart – likely the world’s most famous child prodigy – penned at least 626 works by the time of his 1791 death at 35, leaving an unfinished Requiem, immortalized in the popular movie “Amadeus.”

His 1775 violin concerto was performed only once in QCSO history, in 1994, with Ani Kavafian as soloist and Peter Leonard as guest conductor. In childhood, Mozart was a world-renowned child prodigy, and at the end of his life, he was generally seen as an up-and-coming pianist and opera composer.

“However, in his late teen years, before he migrated to Vienna to seek his fortune, Mozart was principally a violinist, serving as concertmaster in the court orchestra of the Archbishop of Salzburg, who also employed his father Leopold,” the program says.

At 19, the younger Mozart wrote a series of five violin concertos over the course of nine months, which presumably he premiered himself with 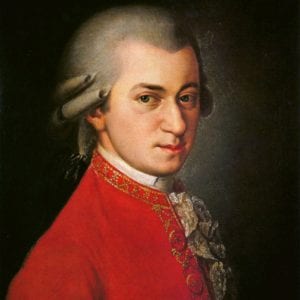 the court orchestra in Salzburg. By the time he left Salzburg at age 25, he had moved his focus to performing on the piano.

Mendelssohn’s Symphony No. 4 in A Major, Op. 90, “Italian” (1833), has been a fixture on QCSO programs since 1917. The very first work James Dixon conducted as music director of the QCSO was Mendelssohn’s Italian Symphony, on Nov. 6, 1965. Dixon would lead two more series of performances in 1974 and 1989. After Dixon’s tenure, the work took a 17- year hiatus, with guest conductor David Bellugi reviving it in 2006.

Current music director Mark Russell Smith has led the QCSO in the work once before, in February 2014. As the son of a well-to-do banker, Mendelssohn enjoyed far more leisure as a young man than either of his two predecessors, and felt little of the urgency to earn one of the fast-disappearing posts for court musicians, the program says.

His more-privileged family background meant he was able to attend the University of Berlin (studying history and geography, not music), explore esoteric musical interests (he 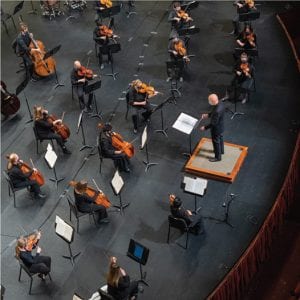 Thus the Italian Symphony was born, as one might guess, from travels to Italy that the composer undertook in 1830-31, when Mendelssohn was just over 20 years old, Bancks wrote. The composer was entranced by the “wonderful beneficent and calming effect” of the Italian landscape and way of life.

“Every morning brings me new expectations, and every day fulfills him,” he wrote to his family. He found the monuments of Rome particularly inspiring, making him “at the same moment serious and joyful, for there is joy in feeling how human creations may survive a thousand years.”

Overall, the young composer was so struck by the beauty of Italy, that his fourth symphony was born as a result, premiered when he was 24. Mendelssohn himself died young, at 38 in 1847, after a series of strokes.

You can listen to “Concert Conversations” about the program with Smith and Kai Swanson, and purchase tickets at https://qcso.org/event/masterworks-iv-the-italian-symphony/. You can also buy tickets by calling 563-322-7276.

Jonathan Turner
Jonathan Turner has been covering the Quad-Cities arts scene for 25 years, first as a reporter with the Dispatch and Rock Island Argus, and then as a reporter with the Quad City Times. Jonathan is also an accomplished actor and musician who has been seen frequently on local theater stages, including the Bucktown Revue and Black Box Theatre.
See More Articles From Jonathan Turner
Tagged: Adler Theatermark russellmark russell smithQCSOQuad City Symphony Orchestraquadcities musicquadcities orchestraRiverCenter