Hugely Entertaining ‘The Politician’ Sings Even Without Music

You could call Ryan Murphy’s staggering TV output campy, corny, unrealistic, melodramatic, or overly idealistic. But you can never call it dull, unwatchable, or ignore-able. The flamboyant 54-year-old writer, director and producer certainly has style and confidence to burn.

The latest series in his new Netflix home is the excellent, addictive second season of “The Politician,” which stars Ben Platt and Gwyneth Paltrow and debuted last September. The new season is now available.

Murphy (“Glee,” “American Horror Story,” “American Crime Story”) – the winner of six Emmy awards, among 28 nominations – in 2018 departed Fox, his longtime broadcast base, for an unprecedented deal with Netflix, valued at $300 million, the most lucrative TV pact in history. 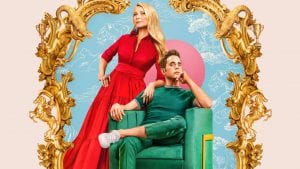 A Time magazine piece Sept. 3, 2019, said that for the streamer “he’s been developing a new roster of projects, at a scale, scope and variety that’s unmatched even in the Wild West of the content boom.”

The first season of “The Politician” introduced us to a soapy collection of misfits, for whom the phrase “ruthless ambition” seemed tailor-made.

Payton Hobart – played to hyper, impatient, cracklingly intelligent perfection by musical star Ben Platt – started the series as a wealthy student from Santa Barbara, Calif., who’s known since age seven that he’s going to be President of the United States. But first he’ll have to navigate the most treacherous political landscape of all: the private, fictional Saint Sebastian High School.

Last fall, we saw how Payton (with the support of his mom, played with luminous grace and compassion by Paltrow) ran what turned out to be a bitter, painstakingly poll-tested race for class president. Originally, Payton faced the popular, athletic and more down-to-earth River Barkley, his former boyfriend. 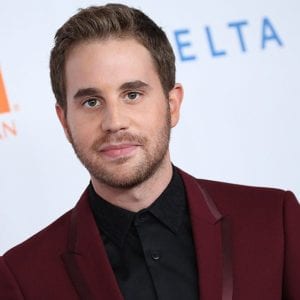 Payton — under the direction of his similarly ambitious, always wired friends McAfee Westbrook, James Sullivan, and Alice Charles — chooses Infinity Jackson, a cancer patient and victim of Munchausen by Proxy disorder, to be his vice-president. Meanwhile, River, under the thumb of his girlfriend Astrid Sloan, chooses Skye Leighton, a gender-nonconforming black classmate, to be his vice-president.

What about that isn’t undeniably binge-able? Especially featuring Murphy alum (from “AHS”) Jessica Lange, as Infinity’s wild, scene-stealing grandmother (who’s not in season 2).

** Spoiler alert: Right in the premiere episode, we learn River takes his own life, and Platt delivers an amazing, impassioned version of Joni Mitchell’s “River” at the memorial service. Following River’s death, Astrid takes his spot on the ticket, retaining Skye as her running-mate. Payton is told by another student that Infinity is faking her cancer.

Because it’s Ben Freaking Platt (Tony-winning star of “Dear Evan Hansen” and son of Broadway producer Marc Platt), there has to be a way for him to sing more in “The Politician.” So naturally, he performs again in the first season (ep. 6) in an ideal show within the show – his school puts on “Assassins,” Stephen Sondheim’s brilliant exploration of those who have or have tried to kill U.S. presidents.

It’s set within a theme of assassination in Payton’s presidential race, and here he plays John Hinckley in the great pop duet, “Unworthy Of Your Love.” (Coincidentally, I got to perform the same role in Moline’s Black Box Theatre production last August…)

The last episode of the first season is set three years in the future, when Payton is at New York University, and in a scene, he sings Billy Joel’s “Vienna” in a piano bar, attended by Infinity and Skye. 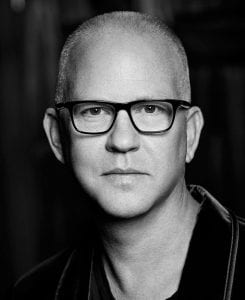 We also learn that New York State Senator Dede Standish (a blazingly brutal Judith Light) is in in a three-way-marriage (or “throuple”), a scandal that Payton wants to use to his advantage to challenge her in a new race. Standish, who has a wacky, stressed Bette Midler as her conniving manager, is secretly planning on running for Vice President of the U.S.

Fortunately for us, season 2 of “The Politician” was wrapped before filming shut down in March due to Covid-19, though apparently one late scene at the end was shot with Paltrow and Light using video chat from their homes.

The seven-episode arc covers Payton’s run for the State Senate seat, which represents much of lower Manhattan and Midtown. It’s another exhilarating, emotional roller-coaster ride and most episodes end with some kind of cliffhanger, so you just have to watch the next one.

The Billy Joel theme picks up again in the title of the first episode, “New York State of Mind,” which was directed by Brad Falchuk (a Murphy creative partner who’s been married to Paltrow since September 2018).

One of the cleverest casting choices is having Joe Morton (who was Olivia’s ruthless, intimidating father on ABC’s “Scandal”) play one of Standish’s husbands, all light and happy. Makes sense from one political TV series to another, though Morton here is pretty much the opposite of the intense, murderous plotter Eli Pope. Both series share an endless reveling in the machinations, back-stabbing and campaign details of the political process.

While Payton’s mom Georgina seems like not much of a stretch for the sunny lifestyle guru Paltrow to play, another ingenious stroke is the title of the second episode, another link to Paltrow’s personal life.

It’s called “Conscious Unthroupling” (which I thought hilarious), a play on the infamous reference to Paltrow’s 2016 divorce from Coldplay’s Chris Martin – “conscious uncoupling,” now a thing recommended by her brand, Goop.

Both seasons of “The Politician” devote an episode to a refreshing look at who the candidates attempt to court – voters, with illuminating results.

Season two (veteran, grizzled incumbent vs. young, first-time dreamer with goals to save the planet) includes Payton’s devious plans to expose Dede’s secrets and lies. Georgina makes a big decision about her own political future (though we don’t really see into her campaign, except a shiny CNN debate scene, featuring Jake Tapper). 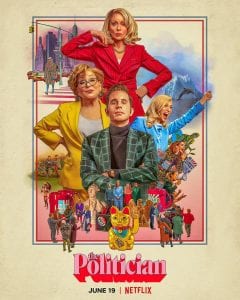 “The Politician” is a sharp-edged, smart satire about what it takes to win in politics, without compromising your ideals. The production team has a knack for hacking into the current zeitgeist around campaigns, sexual politics, morals, climate change, what voters really care about, and what candidates both present to and hide from the world.

Led by the antsy, sympathetic, super-talented Platt, the young actors all reveal magnetic, absorbing, mostly Machiavellian characters. I kept waiting for Platt to sing again (though there’s no similar reason for Midler, unfortunately), and we get two in a row in the season finale.

Back at the piano bar, he starts with a Platt original, “Run Away,” from his 2019 album, “Sing To Me Instead.” Payton plays the song on the piano in the first season of “The Politician” while imagining his love River (David Corenswet) joining in. Back then, Payton just played the melody, without words.

More meaningfully (for me, anyway), Platt also sings the 1972 ballad “Corner of the Sky” from Stephen Schwartz’s “Pippin” (a show I was in senior year of high school) in season 2’s finale.

In the Netflix show, Dede and her right-hand woman (Hadassah) admire seeing the real Payton, as he sings about what he wants and dreams of. The soaring musical number (which Platt’s heavenly pipes take in intricate, incredible directions) is a timeless plea for anyone who struggles to know what they will become and make of their lives. Of course, that had such resonance for me as a teen, and continues to 38 years later.

“The Politician” was nominated for two Golden Globes and earlier this year, won “Campy TV Show of the Year” from the Society of LGBTQ Entertainment Critics. The second season ending clearly sets up a new campaign; here’s hoping!

A “Dear Evan Hansen” film is in the works, with Ben Platt and Kaitlyn Dever in talks to star as Evan and Zoe, according to published reports. Platt, 26, is openly gay in real life (as is Ryan Murphy), but curiously isn’t in the series, though he clearly has bisexual tendencies.

Ironically, the real-life Senator who represents the Manhattan district contested in “The Politician” is gay – Brad Hoylman is the only openly gay member of the New York State Senate.

Just as Murphy did in his sumptuous, thrilling “Hollywood” (that dropped May 1 on Netflix and features David Corenswet), “The Politician” is another rich, entertaining winner, by a landslide.

Jonathan Turner
Jonathan Turner has been covering the Quad-Cities arts scene for 25 years, first as a reporter with the Dispatch and Rock Island Argus, and then as a reporter with the Quad City Times. Jonathan is also an accomplished actor and musician who has been seen frequently on local theater stages, including the Bucktown Revue and Black Box Theatre.
See More Articles From Jonathan Turner
Tagged: ben plattdear evan hansengwyneth paltrowNetflixryan murphystreaming showsthe politiciantv reviewsTV shows