Quad-City surgeon: Detecting skin cancer can be ‘matter of life or death’ 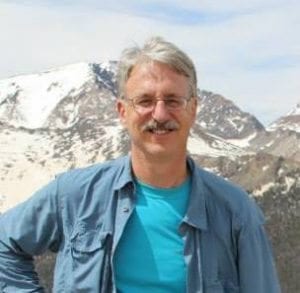 Ellen Rink, of Rock Island, credits Dr. Benjamin Van Raalte with saving her life. Van Raalte, of Bettendorf, whose practice is Iowa Plastic Surgery in Davenport, knew Rink did not have an ordinary freckle on her face.

“She did not know that the growth on her face was melanoma (an advanced form of skin cancer),” Van Raalte says. “She did not even know I was a physician. I didn’t care which doctor treated her, but I knew what I saw could be life-threatening.”

Rink remembers the day Van Raalte talked to her about what she thought was just a brown spot on her face.  In 2001, he came in to buy tickets at the I Wireless Center where Ellen worked. He told Rink “You have to have that looked at immediately.” He added that she didn’t have to come to his office, but that she should see a physician right away.

“I was always a sun lover,” she said. “I loved being outside,” said Rink, 61. “It looked like a big freckle,” Rink remembers. Even though she was apprehensive about what the diagnosis would be, she still took 10 days to make an appointment, which she ultimately made with Van Raalte.

The spot was melanoma, which Van Raalte surgically removed.

“And here we are, 16 years later, and I’m still here,” said Rink, who want to talk about her experience so she can pay it forward to others. “I have very Irish skin,” she said. “I was always a sun lover. I’m paying for all of my time in the sun that I liked so much.”

Now she’s committed to skin protection. “You have to pay attention to it and don’t wish it away,” she said. “Once you have it checked out, you can deal with it.”

“Early detection of skin cancer provides for the most successful skin-cancer treatment,” said Van Raalte. “Identifying skin cancer can be a matter of life or death.” Van Raalte has several tips in connection with Skin Cancer Awareness Month in May and throughout the summer:

A- Asymmetry: Normal moles and freckles are symmetrical. Skin cancer does not look the same on both sides.

B- Border: Be suspicious of a mole or spot with jagged edges.

C- Color: A doctor should evaluate any mole that is more than one color, and also should see moles that have lightened or darkened.

D- Diameter: Any spot larger than a pencil eraser (about 1/4 inch) should be examined by a doctor – even spots without any other abnormalities.

E- Elevation: A mole raised above the surface with an uneven surface should be examined by a physician.

Sean Leary
Sean Leary is an author, director, artist, musician, producer and entrepreneur who has been writing professionally since debuting at age 11 in the pages of the Comics Buyers Guide. An honors graduate of the University of Southern California masters program, he has written over 50 books including the best-sellers The Arimathean, Every Number is Lucky to Someone and We Are All Characters.
SeanLeary.com
See More Articles From Sean
Tagged: Benjamin Van RaalteDavenportIowa Plastic Surgery